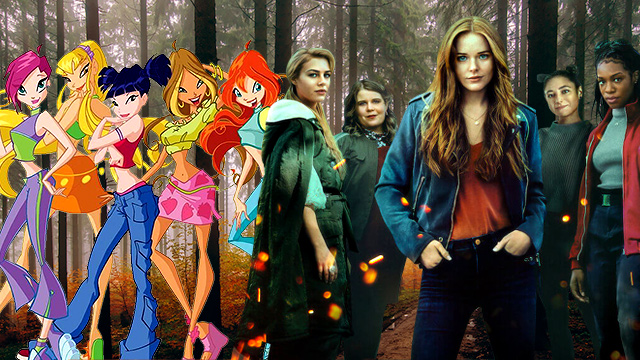 Netflix's Version of Winx Isn't the One You Grew Up With

Have you checked out the live-action series?

(SPOT.ph) The Netflix live-action remake of Winx dropped on January 22 and already the show has climbed to the number-one spot on the Top 10 list! The nostalgia is clearly strong for Fate: The Winx Saga and whether or not you were obsessed with the OG cartoon, the new show has everyone intrigued. It definitely follows in the vein of the darker, way more grown-up versions of childhood staples that the platform has been dishing out (Read: Riverdale) so if you want to keep up, we dig into the nostalgia and lay down all the ways the remake differs from the OG cartoons below. Beware of spoilers!

Some Major Winx Characters Are Missing

So the OG band of fairies had Bloom, Stella, Flora, Tecna, Aisha, and Musa—two of whom are not part of the first season of Fate: The Winx Saga. Flora is mentioned in the show to be Terra's (Eliot Salt) cousin so we're hoping to see the flower fairy introduced perhaps in the following seasons! Technology fairy Tecna, meanwhile, was nowhere to be found. Plus, Italian cartoonist Francesco Artibani, who worked on the original series, dropped a hint on Twitter about the two possibly popping up somewhere down the line.

The cartoon series' villains, the best-dressed (fight us on this) Trix witches Icy, Darcy and Stormy, have also been replaced by a mysterious fairy-slash-fellow-student Beatrix (Sadie Soverall). No hints of witches existing in this version of Winx so far, but we're hoping to spot Trix's icy eyeshadow pallette sometime soon.

There was also the issue of whitewashing the main cast, with many people online questioning the casting choices for Musa and Terra when the first pictures came out. Musa was depicted as an Asian character in the cartoon series, while Latina fairy flora was replaced by the newly-introduced white character, Terra.

The Universe of the Live-Action Remake Works Differently

So first off, Musa (Elisha Applebaum) originally harnessed her powers from music, whereas in the live-action series, she is an empath whose power lies in the mind. The new series does have her rely heavily on music to control her powers, though. And we can't not mention the fact that not only is Riven (Freddie Thorp), her love interest in the cartoons, turned into a severely misguided outcast in the live-action, Musa is going out with another new character, Sam (Jacob Dudman), Terra's brother.

There's also the massive lack of sparkly fairy wings; not going to lie, a huge part of the cartoon's draw when we were younger. It is explained in the first episode of the live-action that fairies lost the magic needed for wings, a plot point which  becomes an important part of the finale. We'll keep quiet on that bit first!

And with a new live-action series comes a new set of super scary evil beings: The Burned Ones. These blood-hungry creatures, who may or may not have been human at some point, turn out to be just a symptom of the evil within Solaria. Which, yup, means Bloom and her friends are set for something bigger.

Adventurer Savvy Netflix Streaming Services Nostalgia Winx Fate: The Winx Saga
Your Guide to Thriving in This Strange New World
Staying
In? What to watch, what to eat, and where to shop from home
OR
Heading
Out? What you need to know to stay safe when heading out