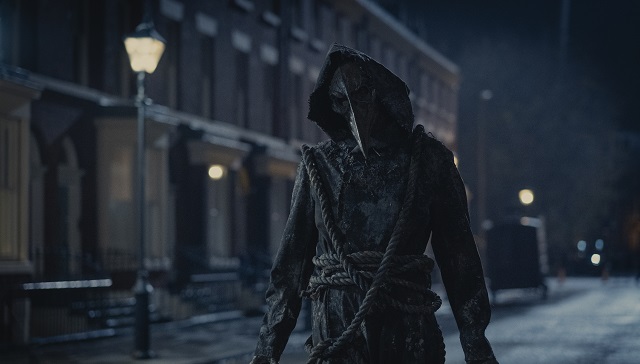 Binge The Irregulars in time for the break.

(SPOT.ph) Look, we know there has been a ton of retellings based on Conan Doyle's genius detective Sherlock Holmes, but trust us when we say this one is different. The latest Western series to take the local Netflix scene by storm is The Irregulars—a dark mix of the classic Victorian London setting with some supernatural horror. And, of course, an entirely new crew of strange, young misfits doing the detective's bidding.

Here's what you should know about the Netflix show The Irregulars:

Did you get the creeps? Because we totally did. The new crew consists of a bunch of teenagers who are as different as can be, scouted by Sherlock Holmes and his right-hand man Dr. John Watson (Royce Pierreson) to help with solving their cases. And where is the famous detective in all this, you ask? Well, he takes a step back and is all holed up in 221B Baker Street—for reasons unclear—leaving the kids to take on a case that is literally out of this world.

Consisting of the hard-shelled Bea (Thaddea Graham), her younger sister Jessie (Darci Shaw)—who happens to be seeing some truly creepy things—the hemophiliac prince Leopold (Harrison Osterfield), the strong Billy (Jojo Macari), and the charming Spike (McKell David). The Irregulars first take on a series of smaller cases for the detective but as the mysteries they solve become darker and darker—and somehow, even personal—they realize they've been roped in to something that puts the entire world at risk.

"I’m looking forward to my mum seeing it and saying she doesn’t like it because it’s too scary," said creator Tom Bidwell cheekily in the press notes. The show took inspiration not just from the Doyle books, of course, but also titles like The X-Files and even Stephen King's works, so you know you're in for a scary ride.

More than just horror and adventure, The Irregulars digs deep into the stories of each of the characters and how they react to carrying their own baggage and the world on their shoulders. "It’s a very demanding show, it’s a very physical show, and a very emotional show," added Bidwell. So prep the popcorn, and maybe some tissues, for your next binge-watch.

Adventurer Savvy Netflix Streaming Services The Irregulars Sherlock Holmes Horror Staying In
Your Guide to Thriving in This Strange New World
Staying
In? What to watch, what to eat, and where to shop from home
OR
Heading
Out? What you need to know to stay safe when heading out