Amazing Ben Barnes on Shadow and Bone and Appealing Bad Guys
Loading
Already a member? Log in
No account yet? Create Account
Spot.ph is your one-stop urban lifestyle guide to the best of Manila. 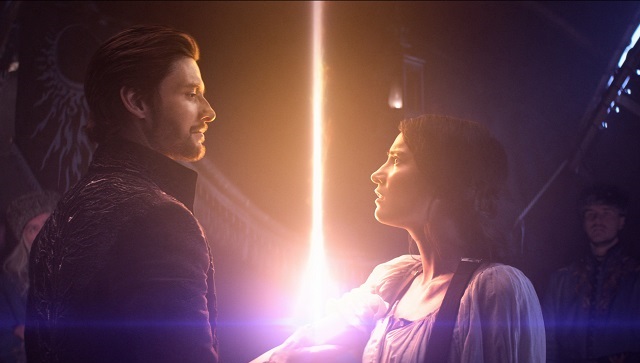 In which we ask, "Why are bad guys so attractive?"

(SPOT.ph) It is a trap we always fall into. The dark and mysterious character swoops into the screen and immediately we are so incredibly sold, like Alice diving head-first into the rabbit hole—except, unlike the girl following a mostly harmless rabbit, we are following something much more sinister. Voluntarily.

Next on the list of traps we would voluntarily walk into is The Darkling’s. As the main antagonist of beloved YA series Shadow and Bone by Leigh Bardugo, The Darkling has it all. He is old yet still impossibly youthful looking (and attractive, of course), has badass powers in the form of being able to summon and control darkness, and he’s got a complicated back story to boot. That last addition is mostly thanks to the upcoming Netflix live-action adaptation, where he will be played by Ben Barnes, a.k.a. the guy who came crashing into our young adult lives as the ultimate good guy Prince Caspian in the movie adaptations of the classic Narnia Chronicles. How the turn tables, indeed, as Michael Scott would say.

The world of Shadow and Bone comes from Bardugo’s Grishaverse novels. In the country of Ravka, folks are split between the ordinary and the Grisha, the kingdom’s magical military elite. At the center of it all is cartographer and orphan Alina Arkov (Jessie Mei Li) who goes from being a lowly soldier to a chosen one—hey, it is YA after all—after it is discovered that she holds extraordinary power. She is exactly what her country needs to get rid of the Shadow Fold, a massive magical divide full of monstrous creatures splitting Ravka, and Alina soon finds herself whisked away from her lifetime BFF, fellow orphan Malyen Oretsev (Archie Renaux), to train at the academy helmed by General Kirigan, as in, The Darkling. You know where this is going. Or, at least, you think you do.

Massive fantasy worlds like the Grishaverse are often difficult to introduce to the uninitiated—especially visually—but Shadow and Bone won’t disappoint, as Barnes himself confirms in a roundtable interview with SPOT.ph. The show, “felt a little bit to me, with the Grisha orders like the houses in Harry Potter; there are certain elements of The Crows which might feel like Ocean’s Eleven, or Ketterdam might feel like Peaky Blinders, or the Slavic architecture might feel like Anna Karenina.”

With all the cool movies and series that Barnes points to, there is proof that this won’t be your usual one-dimensional YA series adaptation. Shadow and Bone adds several new elements to the books. There are two main storylines to follow, the first being Alina’s and the second being The Crows Barnes mentioned, a mismatched trio of criminals from the neighboring country’s Peaky Blinders-esque capital, Ketterdam. To see how they come together in this fantasy world will be a sure treat.

Leading the Grisha force is The Darkling himself. This feared and respected Shadow Summoner, as his order of Grisha is called, has made it his life's calling to undo The Fold—which was created by his ancestor, as the Ravka tales go. It is easy to think that now that Alina and her powers have finally been found, General Kirigan’s problems, and that of the country’s, are finally solved. End of story. But that is precisely when things begin to truly unravel.

Getting into the proper mindset for a complicated character was not easy, says Barnes. He had to “find reasons to justify the ways he's being manipulative and the ways that he's kind of curating the world around him to suit his means; to suit his ends and his goals.” Sound familiar? The type of person with questionable beliefs and, for some reason, an even more questionable following isn’t an unfamiliar concept in today’s world. It's part of the reason why Barnes was so interested in playing Kirigan’s character.

The thing about Kirigan is that he’s the perfect mix of dark, powerful, and mysterious. As a Shadow Summoner and the leader of the country’s military force, there is no doubt to his power. The question is, is he using it for good? (And on a lesser note, why is he so attractive when you’re not even sure if you can trust him?).

“I think there’s an interesting topic here, an interesting theme of power,” says Barnes. “There’s an appeal to that kind of power.” The actor knows his character isn’t exactly a shining role model, literally speaking. “This is clearly a man who is isolated and lonely, and just got broken somewhere along the way. So I think there’s potentially an element of that as to why people are kind of seduced by him.”

Readers of the Grishaverse novels may know the ins and outs but Barnes promises that Shadow and Bones gives him much more shape and reason—digging into that “broken” bit. The adaptation dives into what made The Darkling the way he is and the important connection he makes with Alina. It was important for Barnes to fill him in with “all those colors, painting him in as a character; to leave room to see if he’s sort of redeemable as well going forwards.”

This question of redeemability is a new edge to the adaptation’s Darkling. “Is he manipulating, is he abusing this power that he has for his own ends? And I think the answer is probably yes,” says Barnes flat out. But as we get deeper into The Darkling’s story, we can’t help but relate to someone like him and maybe even agreeing with his points, enough to make his current actions okay. Entering that danger zone is “a topic that is trending in our world, the last few years anyway, so it's interesting to kind of explore it.”

The fantasy genre has always fascinated Barnes. “I love the way you can see these worlds that are literally worlds apart from your own with people who can do things that you could only ever dream of doing and going on these extraordinary adventures—and yet still see yourselves in the characters.”

His big-ticket return to fantasy, from the brighter world of Narnia to this grittier Ravka, marks his turn on the other side of the fence. It is very much about “exploring human identity and where we all fit in in the world; how unique we all are and how we can use our talents and gifts to encourage and support each other and defeat the darkness as it were.” This time though, he wants to “shed some light on that dark side” and we’re all for it. After all, it really isn’t so much a trap if you walk into it voluntarily.

Adventurer Savvy Netflix Streaming Services Ben Barnes Shadow And Bone Young Adult
Your Guide to Thriving in This Strange New World
Staying
In? What to watch, what to eat, and where to shop from home
OR
Heading
Out? What you need to know to stay safe when heading out