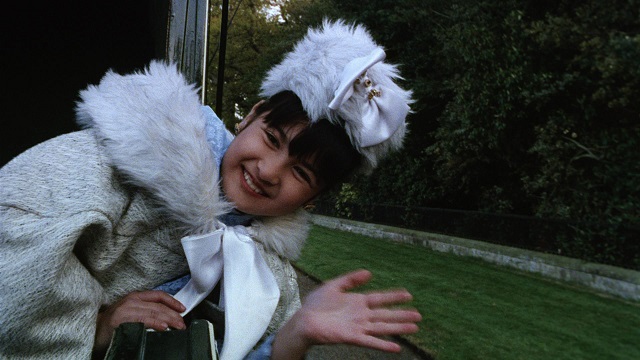 Time to get your nostalgia on.

(SPOT.ph) If you're still slightly scarred by Miss Minchin from the 1995 classic Sarah, Ang Munting Prinsesa, then here's your chance to face your childhood fears. Or, you know, just enjoy some nostalgia. The restored version is up on iWant TFC and you can rent it digitally for P30! Yup, you can pretty much watch the ultimate '90s movie whenever you want.

Not a '90s kid? Here's the gist: Camille Prats takes on the role of Sarah, a young kid whose father sends her off to boarding school while he works abroad. Initially treated like a princess because of her father's wealth, all that is taken away when he unexpectedly dies—and Sarah is forced to live like a slave in the boarding school run by the terrible Miss Minchin (Jean Garcia).

This story is based on the 1985 Japanese anime Princess Sarah, which BTW, is in turn based on a 1905 book by British-American author Frances Hodgson Burnett. There was something about the little Sarah's unwavering kindness no matter her circumstances that just struck a chord with folks everywhere—Pinoys most especially.

The movie is also one of the earliest introductions of viewers to the unbeatable tandem of Prats and Angelica Panganiban! The latter played Becky, the poor maid also forced to live in the attic. They would later star in the 1997 Ang Pulubi at ang Prinsesa—which you can also stream starting May. Looks like it's time to schedule a '90s binge-watch!

For more information, log on to the iWant TFC site.

Adventurer Savvy Seasoned Iwant Tfc Abs-cbn Sarah Ang Munting Prinsesa Camille Prats Nostalgia Angelica Panganiban Staying In Streaming Services
Your Guide to Thriving in This Strange New World
Staying
In? What to watch, what to eat, and where to shop from home
OR
Heading
Out? What you need to know to stay safe when heading out