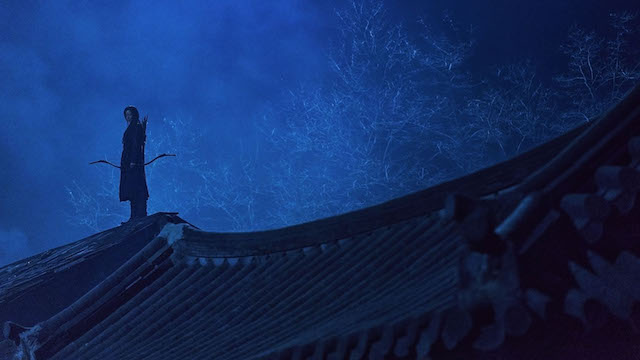 The Special Kingdom Episode Drops Sooner Than You Think

Mark your calendars for Kingdom: Ashin of the North!

(SPOT.ph) Korean zombie drama Kingdom has left us with no closure after the end of the first season. With the second season still far off though, it looks like Netflix is blessing us with a special spin-off episode instead. Yup, the much-awaited Kindgom: Ashin of the North sidequel finally has a release date! It drops on Netflix on July 23! Check out the teaser below:

Here's what we know about Kingdom: Ashin of the North so far:

So the first season of Kingdom left us all wondering about where the zombies are really coming from—with all clues leading to a mysterious figure named Ashin, as played by everyone's fave badass Gianna Jun. This new character has everyone going wild with theories, and it looks like all that will be answered in the special episode.

Kingdom: Ashin of the North will focus on how the resurrection plant came to be and its link to the avalanche of tragic events that swept through Joseon. And at the center of it all? A woman named Ashin.

“Ashin is one of the main characters in the Kingdom series,” shares writer Kim Eun Hee in an earlier SPOT.ph article. “I thought that it would be more apt to tackle that in the special episode, a spin-off, rather than incorporating that into the regular seasons, just to make it more interesting.”

Adventurer Savvy Seasoned Netflix Kingdom Gianna Jun Zombie Streaming Services Staying In
Your Guide to Thriving in This Strange New World
Staying
In? What to watch, what to eat, and where to shop from home
OR
Heading
Out? What you need to know to stay safe when heading out