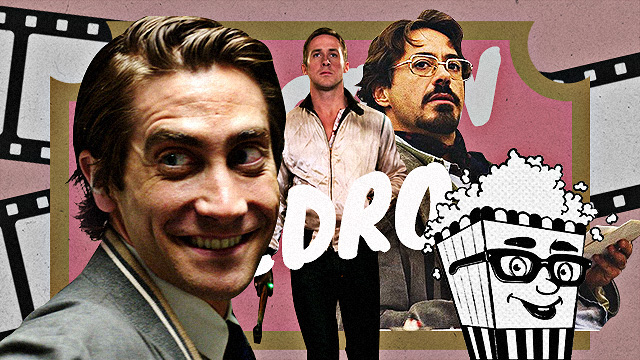 Sad That Peaky Blinders Ended? Here Are Netflix Crime Dramas To Keep You Thrilled This Weekend

(SPOT.ph) With Peaky Blinders having come to a close last month and Ozark wrapping up its finale the other week, our nights reserved for dark and brooding crime dramas now seem lacking. We need more sordid stories of people doing nasty crimes that we just can't look away from. We need more devilish characters like Tommy Shelby (Peaky Blinders' Cillian Murphy) that we can use as the background for unrelated quotes about being a gentleman or having the grind mindset.

Fortunately, Popcorn Pedro's got you covered on the best crime movies to catch on Netflix. Pop these on at night, and you too will want to drive alone in the night while emoting to electronic synth.

Here is Popcorn Pedro’s list of streaming crime movies to watch on Netflix this weekend:

Popcorn Pedro says: Speaking of the grind mindset and the go-getter energy that employers love to take advantage of, Nightcrawler follows Lou Bloom (Jake Gyllenhaal), an aspiring nighttime news reporter wanting to break into the world of crime journalism—even if that means he must orchestrate the crime himself.  Gyllenhaal shines as this smiling, everyday sociopath who stalks the darkest areas of Los Angeles' nightlife. You see the crime-ridden streets through his bloodshot eyes, which keeps you enthralled no matter how disturbing events get. That's nighttime journalism for you, folks.

Popcorn Pedro says: Another night creature that stalks the streets, Ryan Gosling's "the Driver" in Drive is another lonely, silent, sad boy who's thrust into a mad and bloody crime thiller. The Driver takes you on a trip through a neon-lit, moody Los Angeles, where he finds passionate love, pain, and more pain. It's a romantic picture that features an incredible 1980's synth/europop soundtrack. By the end, you'll come to understand dudes don't want love, they just want Ryan Gosling's jacket in Drive.

Popcorn Pedro says: Let's dial it back to another intoxicating Jake Gyllenhaal picture: Zodiac. In David Fincher's 2006 crime thriller, Gyllenhaal, Robert Downey Jr., and Mark Ruffalo portray a group of people obsessively trying to catch the Zodiac killer, as he rampages through his murder spree during the late 1960's and early 1970's. It's a meticulously crafted, three hour film about the sheer ego of determinedly finishing something through the end, which also has you sympathize with these people lost in the mystery. It's a scary crime thriller, where paranoia takes over, as we navigate a maze of clues and leads with the characters, who the killer is seemingly five steps ahead of at every turn.

Popcorn Pedro says: Another three-hour crime epic, Martin Scorsese's The Irishman is a haunting and melancholy slow burn of a gangster film. Robert DeNiro and Al Pacino portray the aged mobsters as they slowly lose their souls throughout their entire life because of money and "the job." It doesn't hit you until the end, but it's truly unsettling to see a character literally give his entire life to something ultimately meaningless. It's a monumental mob flick, not cause of action or clever heists, but cause of an extremely rich exploration of character and morality.

Popcorn Pedro says: Winding back the clock nearly 25 years prior, DeNiro and Pacino starred across each other in Michael Mann's Heat, an intense and emotional drama that set a new standard for crime thrillers. Pacino portrays a Los Angeles cop trying to catch a notorious bank robber, portrayed by DeNiro. Only, these two characters have more in common with each other than they realize. For adrenaline junkies, the movie has some of the most stunning and thrilling action sequences put into any heist film. Meanwhile, for those in the mood for a lonely drama, the movie has some beautifully touching moments between people too preoccupied on their own goals to make themselves emotionally available to other people.

Popcorn Pedro says: Inside Man is definitely your classic Spike Lee joint. It's a very down-to-basics bank robbery/hostage situation-type crime film, but told through a very specific New York perspective that only Lee could come up with, to be frank. Denzel Washington, Jodie Foster, and Clive Owen are all trying to take control of a bank and the police are out on the streets just being straight up menaces because there's a situation going on. Only from our king Spike.

All the above titles are streaming on Netflix.