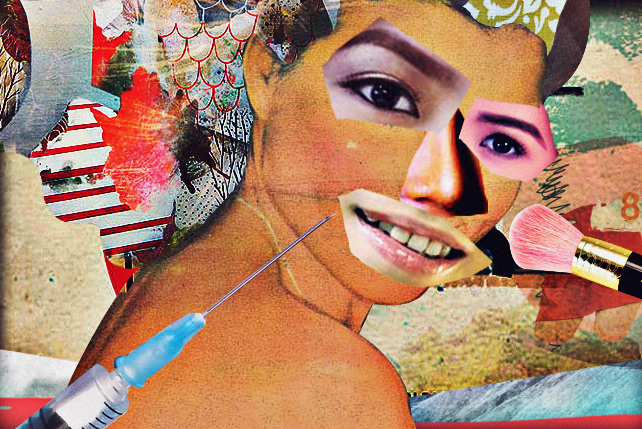 Did they or didn't they? 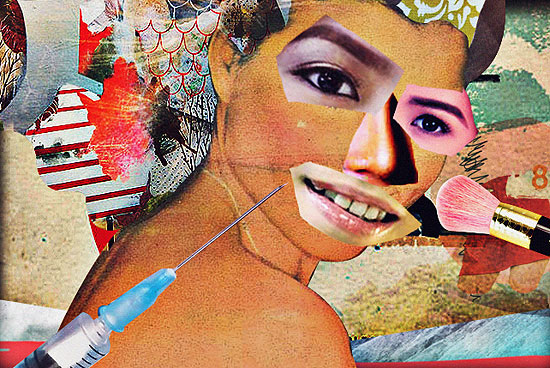 (SPOT.ph) We're not saying anything. We're not even going to point out specifics (okay, maybe we will). Our only question is: what is this obsession with natural beauty? This incessant need to know which parts are real, which been Photoshopped, and which were touched up under the knife. We list 10 celebrities who are keeping us guessing. With contouring tricks and the magic of makeup, we might never-ever-know.

Stars Then and Now 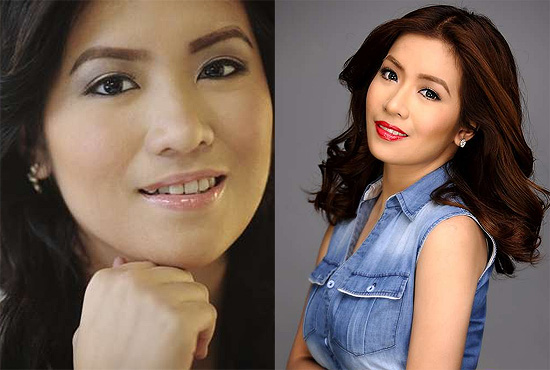 Angeline was quickly launched into fame when she won Star Power: Search for the Next Female Pop Superstar in 2011. The instant trip to stardom also meant instant polishing into that standard celebrity look. The Coco Martin/Enchong Dee leading lady denied anything drastic, but she did admit in an ABS-CBN article that looking her best takes a lot of commitment-weekly visits to Dr. Vicki Belo.

In an April 2013 PEP.ph story, however, Angeline announced that she was going to undergo liposuction and get the tip of her nose enhanced. Dr. Belo also noted in the same article that the singer's cheekbones were uneven. 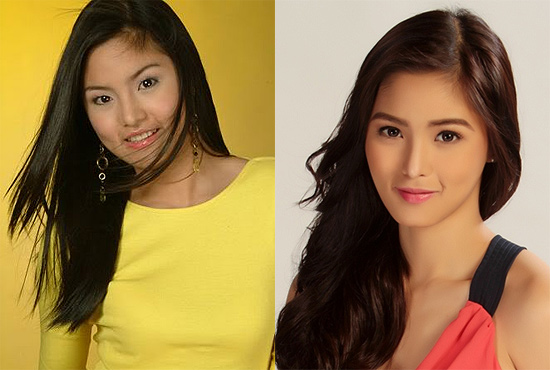 Thanks to social media, the Pinoy Big Brother star faces plastic-surgery accusations on an hourly basis. Her nose, especially, gets the flak. Kim's even gone as far as replying to Instagram haters: "ANG SAMA NYO NAMAN NA NAG SASABING GAWA ITONG ILONG KO????...IBIG SBIHIN MUKHA SYNG PERFECT!!! kesa ng ..!" Her recent not-so-serious car mishap where she suffered a bloody beak only aggravated the gossip. Regarding her glow, however, Kim pins it on "maturity," weight-loss, and a "good disposition." 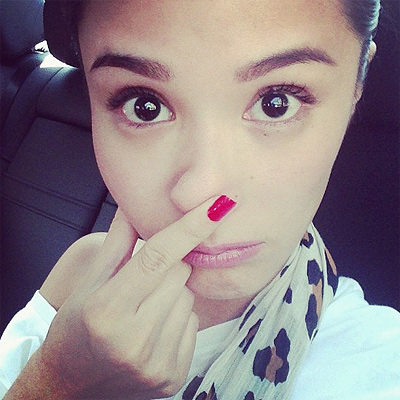 Even during her days as the maddening Missy in G-Mik, Heart has always been considered one of the most beautiful faces in the business. The tweaks in her face could be attributed to, , puberty, but when she appeared on the cover of a men's magazine with a seemingly inflatable thoracic region, eyebrows were raised. The future (if all goes well) Mrs. Chiz ignored the silicone and push-up comments, but she does make references-indirect denials-to her alleged nose job on Instagram. 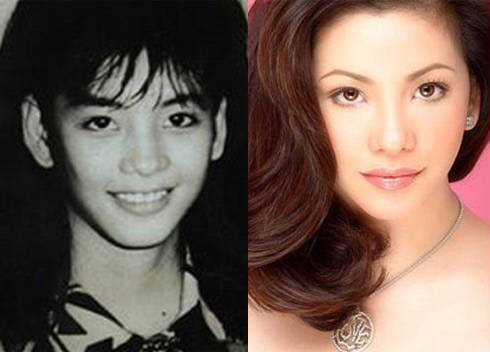 It could just be the lighting, you know. When Ogie Alcasid was asked to describe his then-newborn son with Regine Velasquez, he said the child was fair just like his mother-and little Nate's complexion is more Asia's Songbird than The Songwriter. Having dodged rumors for years, Regine just lets the comments roll off her back. In an interview with Yes! magazine in November 2012, she once again denied taking copious amounts of glutathione to lighten her skin and having had rhinoplasty to take care of her nasal situation. As long as it doesn't affect her pitch, should we really care? 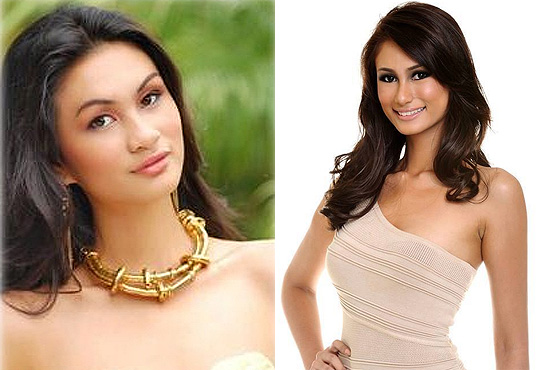 Like most of her fellow titleholders, the reigning Bb. Pilipinas Supranational faced controversy as soon as the crown touched her head. No amount of razzle-dazzle and white teeth could distract critics from pointing out that her pre-pageant nose was quite dissimilar to the one she was crowned with. A true class act, Yvethe brushed off reproach with a giggle and a "Ganoon ba ko para ?" She attributes her perfect nose to . 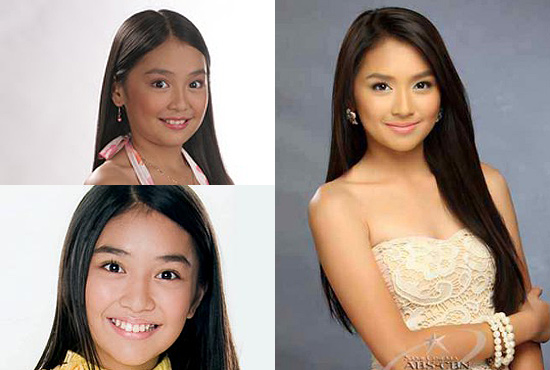 The 18-year-old It Girl is quickly learning how to deal with being under constant public scrutiny. After her titular role on Mara Clara, Kathryn, then 16, was accused of having her nose improved. She denied this, saying she was too young for cosmetic surgery-adding further that she was not interested in enhancing any part of her body through surgical means. According to an article on ABS-CBN's Push website, Kathryn also faced anorexia allegations, which she dismissed. "Usually, rainy must-have set ay... food? (laughs). Gusto ng chips and chocolates. Hindi taping. May cooler ng chocolates and ko, ’ energy booster ko."  It's called teenage metabolism. 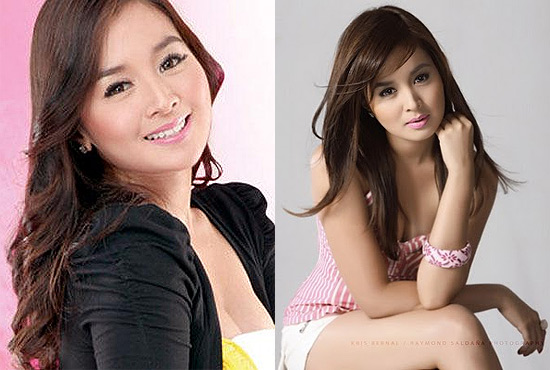 The Starstruck stunner was called out for her rounder face shape, fueling speculations that she had her jaw altered. (Kris had just returned from a trip to the US.) Kris, however, shrugged it off and said that she just gained a bit of weight. 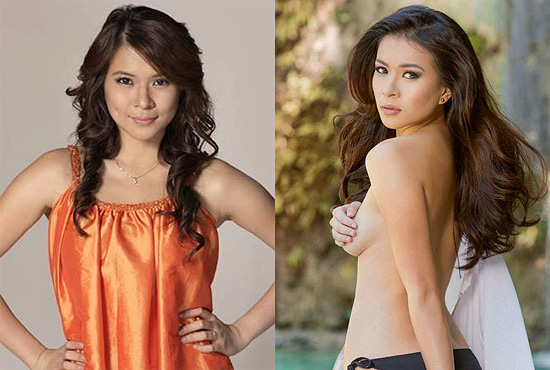 When LJ immediately shrank to a hot-momma bod after giving birth, gossip about a little nip and tuck circulated. But the Starstruck alumna attributes her speedy weight loss to breastfeeding and the healthy diet required for breastfeeding mothers. As simple as that. 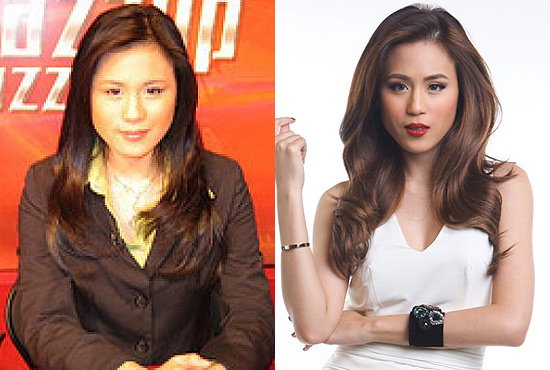 The comedienne first drew attention to her "new" nose during the season starter of Pinoy Big Brother Teen Edition Plus. Her nose was noticeably more defined-something she attributed to "OA" makeup. As for her more distinct chest, "Lahat 'yan padding lang 'yan!" This was in a 2008 interview with PEP.ph. Toni did add that she would "eventually" get a bit of medical help "' kaya ko ." 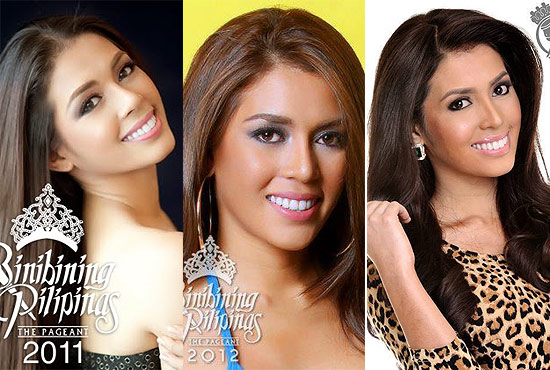 Three-time Bb. Pilipinas contestant and reigning Bb. Pilipinas Universe proves she has determination, but can she disprove rumors of artificial aid on her queenly features? After the 25-year-old finally nailed the crown she worked so hard for, photos from her past BBPs emerged on social media, and observant cyber-citizens were only too happy to point out the differences. MJ easily dispelled the tittle-tattle by explaining that she was styled differently for the 2014 season.

Stars Then and Now

Celebrities Filipino Plasticsurgery Cosmeticsurgery
Your Guide to Thriving in This Strange New World
Staying
In? What to watch, what to eat, and where to shop from home
OR
Heading
Out? What you need to know to stay safe when heading out