GMA reporter Julius Segovia may be facing a child abuse complaint
Loading
Already a member? Log in
No account yet? Create Account
Spot.ph is your one-stop urban lifestyle guide to the best of Manila. 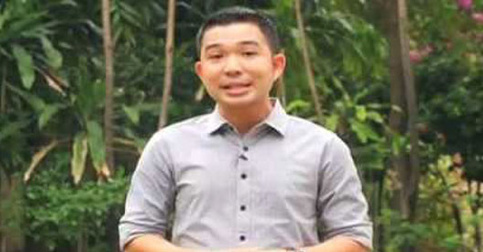 It was for allegedly embarrassing two students.

(SPOT.ph) A GMA news reporter may be facing a child abuse complaint after he reportedly "publicly humiliated and insulted" two nine-year-old students in a campus journalism workshop in Butuan City on June 27. The workshop was a paid event attended by different schools with around 400 participants.

The parents of one child filed a police complaint against Julius Segovia, and said that they will use it to file a case in court because their child was "traumatized" after the incident. They claimed that Segovia told the children off for not paying attention. He allegedly said, "If you don't do your work, you might as well get out. If not, let me talk to your adviser. Where are they?" and repeated his statement into the microphone. He was also quoted saying, "Kung bastusan lang ang gusto ninyo mag bastusan na tayo."

According to one of the two children, she took an unflattering photo of Segovia where he appeared to be asleep. "We were laughing at our table, but not at him. He approached us and demanded that the photo be deleted. I was so afraid because he was angry, and I felt embarrassed as everyone was looking at me," she said.

About 80 participants walked out from the event due to the incident. The parents waited three hours for Segovia to face them and clarify what happened, but he reportedly never showed. Segovia released a statement on Wednesday saying:

"I categorically deny all accusations hurled against me. It is not my character to humilate nor to abuse children as I also have nephews and nieces that I love dearly. I have nothing to gain if I do such actions. I have been unfairly judged and subjected to bashing in social media these past few days. But I chose to take the higher road and kept my silence.

However, my attention was called by my friends and family who are greatly affected and hurt by all these accusations. I apologize for the inconvenience that I might have acused anyone [sic]. I thank all my family and all my friends who expressed their concern and love for me at this moment."

Meanwhile, GMA told PEP.ph that the incident is being investigated and stated that they do not tolerate "any unprofessional and improper behavior."

Julius Segovia
Your Guide to Thriving in This Strange New World
Staying
In? What to watch, what to eat, and where to shop from home
OR
Heading
Out? What you need to know to stay safe when heading out