Did some of the FHM Top 100 Sexiest finalists boycott the event?
Loading
Already a member? Log in
No account yet? Create Account
Spot.ph is your one-stop urban lifestyle guide to the best of Manila. 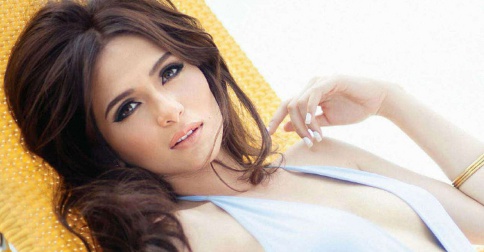 Did some of the FHM Top 100 Sexiest finalists boycott the event?

(SPOT.ph) The hottest Pinays in the country trooped to SMX Convention Center on July 11 for FHM's 100 Sexiest party, but it looks like not everyone was in a celebratory mood. Reports say some finalists of the magazine's annual poll allegedly didn't take Jennylyn Mercado's win lightly.

Only three women from the Top 10—a majority of which come from GMA—showed up: Jennylyn, Rachel Anne Daquis (ranking eighth), and third-placer Ellen Adarna (who dropped by, but didn't join the show). Second-placer Andrea Torres declined to walk the runway, while Max Collins (ranking 10th) initially confirmed her attendance, but backed out reportedly due to personal reasons.

FHM Brand Manager Aeus Reyes said, "On my end, I don’t think I’m in the position to answer that for them. To be fair...usually the number two's, number three's don’t really attend. I guess we understand why. Everyone who is part of the list is invited every year. We reach out to them every year and if they say that they can’t make it, then we don’t push the issue."

Jennylyn Mercado Fhm Fhm 100 Sexiest Women
Your Guide to Thriving in This Strange New World
Staying
In? What to watch, what to eat, and where to shop from home
OR
Heading
Out? What you need to know to stay safe when heading out