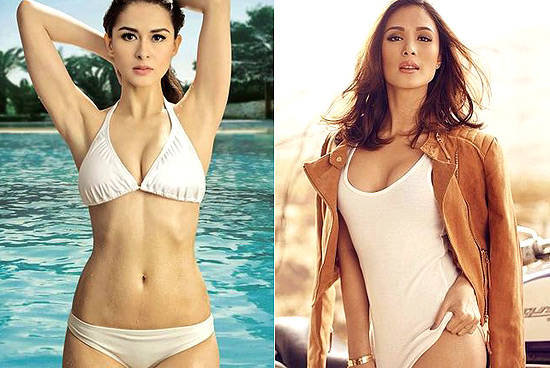 Marian Rivera wants to move on from feud with Heart Evangelista, but...

People are still talking about Heart's comment on Marian's fans.

(SPOT.ph) It's a celebrity feud that dates back to 2011 when they were co-stars in Temptation Island. To this day, people still talk about the feud-slash-rivalry between Marian Rivera and Heart Evangelista. (In Angelica Panganiban's case, she alluded to it.)

In a StarTalk episode that aired on August 1, Heart thanked Marian for her comment and said, "I just want to say na na-touch ako doon sa sinabi niya na move on na tayo. So thank you kasi masaya naman na kaming lahat. Para everyone [is] happy, and also to the fans, be happy na." 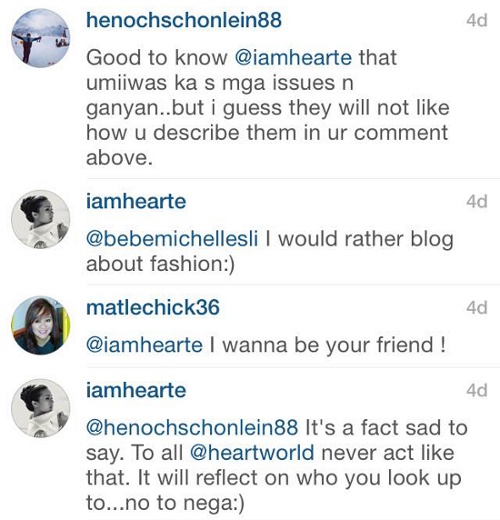 Heart, however, hasn't directly addressed her recent statement on Marian's fans, whom she called "very bad" (above). She also advised her fans not to act that way because it "will reflect on who you look up to."

Now, even Dingdong Dantes has given his two cents on the issue. "Personally, I know some of [Marian's fans] and they’re not that way. And at the same time, I’m also a fan of Marian. Ibig sabihin ba, I am also like that?" he said. "I really hope hindi siya nadye-generalize…The people that are with us ay mabubuting tao."

And what does Marian have to say about all this? "Ang masasabi ko lang, mahal na mahal ko ang mga fans ko."

Marian Rivera Heart Evangelista Rivalry Showbiz
Your Guide to Thriving in This Strange New World
Staying
In? What to watch, what to eat, and where to shop from home
OR
Heading
Out? What you need to know to stay safe when heading out