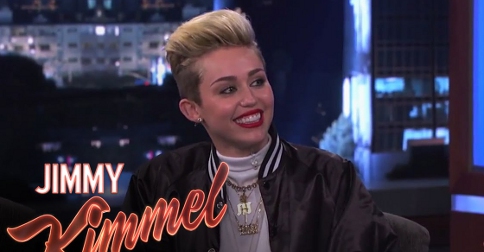 She described Nicki as "not very polite."

(SPOT.ph) Miley Cyrus is never one to mince words. She has openly criticized Taylor Swift for the "Bad Blood" music video, and now she's offering her blunt opinion on Nicki Minaj.

You might remember back in July when Nicki expressed her frustration at being snubbed for Video of the Year in the MTV Video Music Awards (VMAs). She wrote, "If your video celebrates women with very slim bodies, you will be nominated for Vid of the Year." Taylor took the comments as a dig against her but later apologized. Nicki accepted the apology and spoke about body issues, saying, "We can’t have only one type of body being glorified in the media because it just makes girls even more insecure than we already are."

Miley, who is this year's VMAs host, was asked about her opinion on the matter in a New York Times interview published on Thursday. She partly said:

"If you do things with an open heart and you come at things with love, you would be heard and I would respect your statement. But I don’t respect your statement because of the anger that came with it. […] If you want to make it about race, there’s a way you could do that. But don’t make it just about yourself. Say: 'This is the reason why I think it’s important to be nominated. There’s girls everywhere with this body type.'"

She also said that Nicki's comments were "very Nicki Minaj" in that they were "not too kind" and "not very polite." She said that it didn't have to be a "pop star against pop star war" and that the story "isn't even on what you wanted it to be about." Miley also added:

"I know you can make it seem like, 'Oh, I just don’t understand because I’m a white pop star.' I know the statistics. I know what’s going on in the world. But to be honest, I don’t think MTV did [the video snubbing] on purpose."

So far, Nicki has yet to respond to Miley's comments.