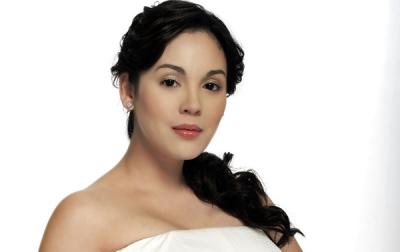 Claudine 'fesses up on why the marriage just didn't work

(SPOT.ph) Claudine Barretto finally has an answer to the question, “What happened to your marriage with Raymart Santiago?”

In an interview with her Etiquette for Mistresses co-star Kris Aquino on the September 7 episode of Kris TV, Claudine confessed, “I think rebound kasi.”

The actress explained that she started a relationship with Santiago while she was “sad” and “broken” after the death of her former flame, actor Rico Yan, in March 2002 due to cardiac arrest.

Barretto said that Santiago was “somebody who was there. Parang knight in shining armor,” but that she “played safe” by pursuing the relationship.

As for the future of her family, she and Santiago have agreed to attempt “uncoupling,” which might remind you of another famous pairing that consciously uncoupled: Gwyneth Paltrow and Coldplay frontman Chris Martin.

Barretto is set to make her big-screen comeback with Etiquette for Mistresses (in cinemas September 30) alongside Kris Aquino, Kim Chiu, Iza Calzado, and Cheena Crab.

Also read: The trailer for Etiquette for Mistresses is as catty as you’d expect

Raymart Santiago Claudine Barretto
Your Guide to Thriving in This Strange New World
Staying
In? What to watch, what to eat, and where to shop from home
OR
Heading
Out? What you need to know to stay safe when heading out