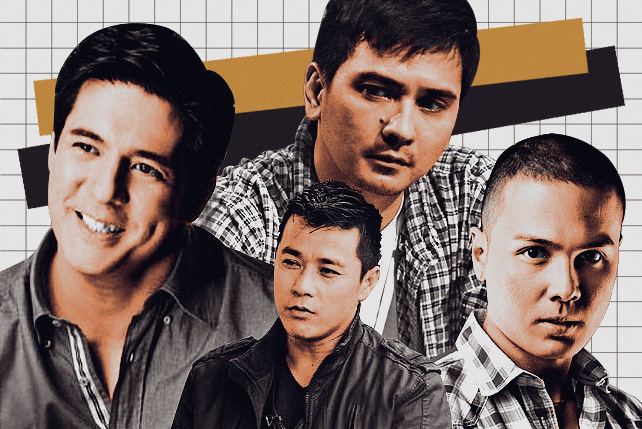 Hey, we're rooting for you! 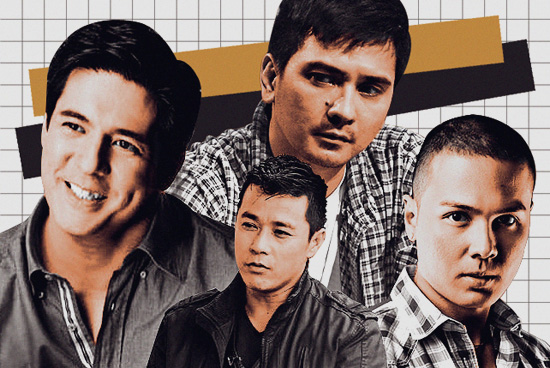 (SPOT.ph) Everyone loves a good comeback story. Whether it's a child star looking to return to the spotlight or a celebrity who overcame the odds to find success, we love to watch a celebrity bounce back to fame. Take JM de Guzman, for instance, who disappeared from the limelight due to a drug problem and returned with a hit movie and currently airing telenovela. Claudine Barretto, meanwhile, is gearing up for the star-studded Etiquette for Mistresses after five troubled years.

Unfortunately, not every showbiz comeback is successful. Some celebrities never quite lived up to their heyday, while others are still getting there. We're rooting for you, guys.

Last seen in... The 2012 movie Of All the Things with Regine Velasquez and a host in TV5's now-defunct game show, Let's Ask Pilipinas.

Aga Muhlach has always charmed audience since he first debuted as a cute and dimpled teenager in Bagets. After 18 years with ABS-CBN, he moved to TV5 in 2011 and pursued politics in 2013. Neither of the latter two quite worked out for him. Aga admittedly fell off people's radars...until word broke out in 2013 that he was reuniting with his Sana Maulit Muli co-star, Lea Salonga. The rumors persisted but the movie never came; they both consistently expressed their willingness to work together—as long as they both got physically fit first. In August, it was finally announced that their reunion movie is officially pushing through.

Although Polo Ravales' first TV appearance was in 1995 for T.G.I.S., his career didn't really take off until 2005 when he landed a lead role in GMA Network's highly successful Encantadia. Since then, he scored hit after hit, with a string of TV shows, movies, and endorsements. His last project for the network was a supporting role in the 2014 historical miniseries, Ilustrado. According to PEP.ph, he was supposed to star in the currently airing Pasion de Amor, but he dropped the role when it conflicted with a trip to Japan. He admitted that he misses acting on TV, and has yet to receive a major project from ABS-CBN.

Melissa Ricks was one of the contestants of ABS-CBN's reality talent search Star Circle Quest, where she placed fourth runner-up. The actress consistently had a string of lead and supporting roles in various shows, but went on hiatus when she got pregnant. Her only project post-pregnancy is an MMK episode that reunited her with her former love team partner, Matt Evans. In an interview, she said that she wants to spend time with her baby and lose weight before making a more major comeback. She also expressed willingness to work with her ex, Jake Cuenca.

His name may not be familiar to some people nowadays, but in his heyday, Jeric Raval was quite the action star. During the '90s and early 2000s, he was best known for his slicked back hair and leather jacket. His star gradually faded as the action-movie genre waned, and he eventually ventured into the construction business and worked as a staff member of Sen. Lito Lapid. After 20 years, Jeric returned to showbiz in 2014 with an MMK episode. He followed it up with a handful of small TV show appearances, and he hopes his upcoming action flick, Manila's Finest (with Bangs Garcia) would be his "movie comeback."

Last seen in... The currently airing Your Face Sounds Familiar as a judge

Whether it was movies, TV shows, endorsements, or music albums, it seemed as though the Megastar could do no wrong. After 23 years in ABS-CBN, she left to join TV5 in 2011 for a rumored P1-billion deal. Despite having her own talk show, hosting a variety show, and leading a comedy series for the network, none of it quite lived up to her previous work. In August 2014, she penned an open letter to fans, admitting that she "made mistakes that affected all that [she] worked for" and that she had become complacent and "let herself go." In March, it was announced that Sharon was making a "grand comeback" to ABS-CBN. Although Your Face Sounds Familiar was a hit, Sharon has yet to score a big, lead project. Hey, how about a movie? We haven't seen her on the big screen since Mano Po 6.

Wowie de Guzman's career started as a member of the dance group, UMD. In the '90s, he rose to fame with a long list of hit movies alongside his love team partner, Judy Ann Santos. In an interview, Wowie admitted to becoming complacent at the height of his stardom, which led to his depression. He also said the end of his love team with Judy Ann affected his career negatively. When he disappeared from showbiz, he went on to do stage plays with PETA, Tanghalang CCP, among others. In 2008, he tried to revive his career with a role in ABS-CBN's Kung Fu Kids and played a number of other supporting characters. His last project was the GMA 7 show, Yagit.

Last seen in... ABS-CBN's Nathaniel in a guest role

Hero Angeles rose to fame after winning Star Circle Quest in 2004. His career initially thrived, thanks to his love team with Sandara Park, but when she returned to Korea in 2007, he reportedly said that her departure cost him projects. In 2008, he transferred to GMA 7 where he had roles in shows like Dyesebel and Luna Mystika. In 2009, he disappeared from the limelight and returned six years later to perform in ASAP's 20th anniversary celebration. Hero said he was open to returning to showbiz, but he has yet to land a big project. His career as a visual artist seems to be going well, though.

Patricia Javier shot to stardom in 1999 with the sexy film, Ang Kabit ni Mrs. Montero. She ruled the box office with a string of provocative films, and even delved into a music career. In 2004, she left the Philippines and settled down in the U.S. 10 years later, she made a showbiz comeback but made it clear that she didn't want to do sexy movies. She was part of the cast of the indie film Separados, an entry in Cinemalaya 2014. Although she initially said no to posing for FHM, her husband convinced her to pose for the April 2015 cover as a way of announcing her return. She was later cast as the mother of Edgar Allan Guzman in the ABS-CBN show, Doble Kara.

Last seen in... a 2014 episode of Magpakailanman, among other small guest roles in various shows and networks

Folks of the '90s will likely remember Jao Mapa as the kid from the Pepsi-Cola commercial, Gwapings, and the teen movie, Pare Ko. He abruptly left showbiz at the peak of his career, reportedly because he was burnt out and wanted to finish his degree in Fine Arts. His supporting roles in the 2006 films You Are The One and Super Noypi were billed as his comebacks, but they didn't exactly relaunch his career. His upcoming role in Coco Martin's new telenovela, Ang Probinsyano may be his ticket, though.

Unlike Jao Mapa, this Gwapings member chose to remain in the spotlight—but admittedly, his career hit a number of snags along the way. His controversial personal life greatly affected his career and he notably took multiple showbiz hiatuses due to his drug problem. He was released from rehab in 2005 and joined GMA 7, where he relaunched a very successful career from 2007 to 2010. The lead roles gradually diminished the following years, and he is set to make a movie comeback this year with Manila's Finest (alongside Jeric Raval).

Pinoy Showbiz Showbiz Comeback
Your Guide to Thriving in This Strange New World
Staying
In? What to watch, what to eat, and where to shop from home
OR
Heading
Out? What you need to know to stay safe when heading out