Was JM de Guzman pulled from two projects due to bad behavior on set?
Loading
Already a member? Log in
No account yet? Create Account
Spot.ph is your one-stop urban lifestyle guide to the best of Manila.

Was JM de Guzman pulled from two projects due to bad behavior on set?

He has a currently airing soap and an upcoming movie.

(SPOT.ph) After a rumored breakup with Jessy Mendiola, it seems the real-life drama for JM de Guzman isn't over. According to a report from PEP.ph, the actor has allegedly been pulled from two high-profile projects, including his currently airing soap, All of Me.

Rumors say JM was often late and had an altercation with his director, Dondon Santos. Due to his bad behavior, the show will reportedly run for only seven more weeks. His All of Me co-stars Yen Santos and Arron Villaflor, however, denied any problems on set. "Walang dumarating na balita sa amin na seven weeks lang kami. Wala kaming nagiging problema. Masaya naman lagi sa set," said Yen.

Arron added, "Alam naman natin si JM, alam natin ang pinagdaanan niya, but I can say he’s doing his best." (In August 2014, JM admitted to his drug addiction that led to a year-long hiatus from showbiz.)

JM has also reportedly been pulled from his upcoming MMFF movie with Jennylyn Mercado, and replaced with Jericho Rosales. 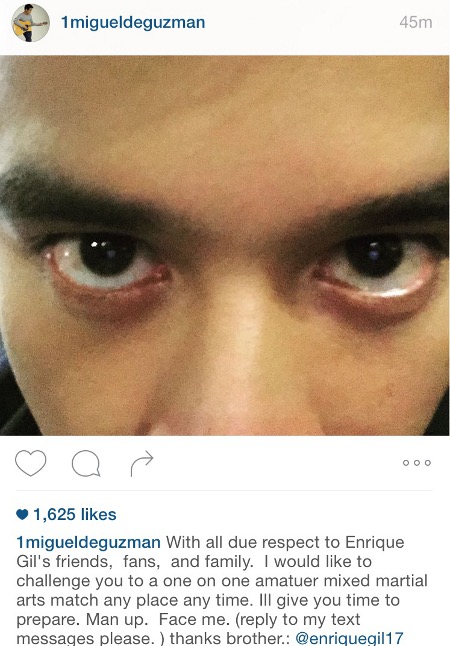 Over the weekend, JM took to his Instagram account (above) to challenge Enrique Gil to an amateur mixed martial arts fight. Enrique was previously involved in a drunk altercation with JM's girlfriend, Jessy, but has since apologized to the couple. JM's post has since been deleted.

There has been no official word from JM or ABS-CBN on the allegations.

All Of Me Jm De Guzman Walang Forever
Your Guide to Thriving in This Strange New World
Staying
In? What to watch, what to eat, and where to shop from home
OR
Heading
Out? What you need to know to stay safe when heading out