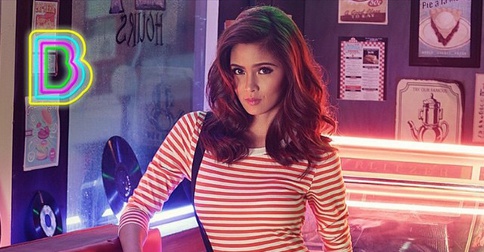 Kim Chiu hints that Gerald Anderson cheated on her

She made the admission on Gandang Gabi Vice

(SPOT.ph) Kim Chiu and Gerald Anderson may have broken up in 2010, but their former relationship is still the talk of the town.

In an interview on Gandang Gabi Vice aired September 27, Kim was promoting the upcoming Etiquette for Mistresses when she revealed that she knew the feeling of being cheated on. Host Vice Ganda asked if she was referring to Gerald, which Kim quickly evaded, saying, "Nananahimik na siya."

She added, "Hindi naman natin maipagkakaila. Hindi naman lingid sa kaalaman [ng karamihan]." She also confirmed that she only had one past relationship.

Kim said that they didn't immediately break up after she confronted him, but made it clear that she has moved on from the issue. "It’s part of growing up, the pain," she explained.

Since their split, Gerald has been linked to Bea Alonzo, Sarah Geronimo, and Maja Salvador. Gerald publicly admitted his relationship with Maja in 2013, which created a divide between former best friends Kim and Maja. In March, Kim said that she and Maja have patched things up, but they no longer call or text each other as frequently.

Gandang Gabi Vice Gerald Anderson Kim Chiu
Your Guide to Thriving in This Strange New World
Staying
In? What to watch, what to eat, and where to shop from home
OR
Heading
Out? What you need to know to stay safe when heading out