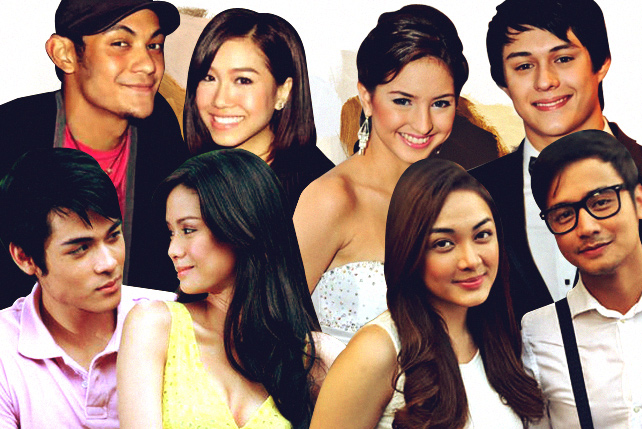 10 Celebrity Couples That Will Surprise You

Or rather, exes you probably didn't know were exes 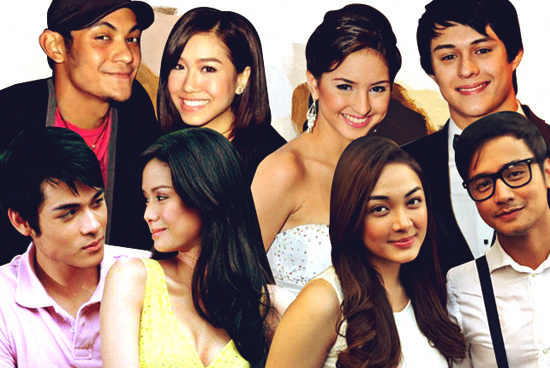 (SPOT.ph) When it comes to matters of the heart, it's tough trying to keep up with celebrities. This singer used to date that actor, but she's now with this model, and her ex was seen with this actress...you get the idea. Here are 10 local celebrity couples who gave dating a try, called it quits, and eventually, flew under our radars. Some of them just might surprise you.

Derek and Solenn's four-year relationship flew under plenty of people's radars, mostly because they were both still out of the public eye at the time. Solenn was only 17, while Derek was 26 when they were dating. In a recent interview on Gandang Gabi Vice, Derek admitted that Solenn had the biggest impact on his life and that he "broke [his] heart for" her when he called it quits. Meanwhile, Solenn called their relationship "intense" and "memorable." It looks like they're both on good terms, because they're starring in an upcoming romance movie together entitled Love is Blind.

This celebrity couple might be hard to imagine for either of their fans, considering Coleen's current relationship with Billy Crawford, and Enrique's successful love team with Liza Soberano. It's no surprise that their history mostly went unnoticed; they briefly dated months before working together in the 2011 teen show, Good Vibes. When asked why they didn't work out, Enrique said that back then, Coleen didn't want to date someone in showbiz. She eventually moved on with Gab Valenciano. 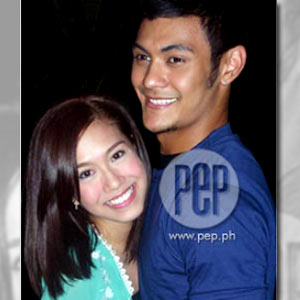 Gab and Rachelle's relationship kicked off while working together on ASAP XV, but their breakup was reportedly anything but smooth. Despite Gab denying a third party was involved, it didn't help that she left the show to move to GMA 7's Party Pilipinas, and he was instantly linked to Malaysian star, Carmen Soo. (He said they were just friends.) In a 2010 interview, Rachelle hinted at "verbal abuse" from an ex-boyfriend, and many assumed she was referring to Gab. The latter didn't directly confirm her statement, but said that if there was any abuse, it involved "both parties." 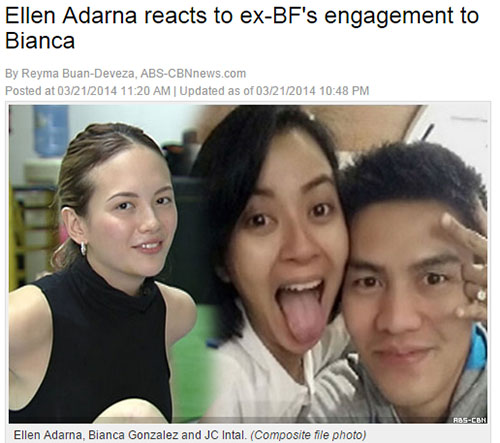 We won't blame you if this celebrity couple doesn't ring a bell because even Ellen described their relationship as "pinakamalabong six months ever in my life." She explained that she and the basketball player were dating, but there were days when they didn't even text each other. These days, JC is married and having a baby with Bianca Gonzalez, while Ellen is reportedly dating someone outside showbiz.

Robin's moniker of "The Bad Boy of Philippine Movies" goes hand-in-hand with his infamous track record with the ladies. One of the more surprising names on the lengthy list is entertainment writer Dolly Anne Carvajal, who reportedly broke the news while Robin kept mum. In an interview, she shared what it was like being with the Bad Boy: "Kailangan pa bang itanong ’yon? Marami namang nakarelasyon niya ang nagsasabi ng sinabi ko. Tinatrato [kang] reyna, iyon ’yon."

Richard and Anne's year-long relationship was so long ago, we almost forgot it happened...until we remember that infamous video leak of them making out in bed. It was reportedly Richard's first showbiz relationship and Anne's second (her first being with Oyo Boy Sotto). According to Anne, Richard even went as far as to ask for Oyo Boy's permission to court her. She admitted that their relationship failed because they were both young and "immature."

Claudine is no stranger to controversy, even at a young age. She dated her Mangarap Ka and Pare Ko co-star, Mark Anthony when she was only 15. Their tumultuous relationship was the subject of fascination at the time, which included couple tattoos (they had each other's last names tattooed on their ankles), drug allegations (particularly for Mark, who later went to rehab for his addiction), and rumors of a pregnancy and subsequent abortion (which Claudine vehemently denied). They went their separate ways in 1998.

In 2014, Jake and Lovi surprised fans when they admitted to being secret lovers for two years. Initially, Lovi kept mum while Jake said that he courted her but she turned him down. Lovi came clean about their past when she announced her newfound relationship with fellow GMA 7 star Rocco Nacino, which prompted Jake to do the same. He also said that they started dating after doing a movie together, though he didn't specify which one. They were co-stars in three films, including My Neighbor's Wife (released in 2011) and Status: It's Complicated (released in 2013).

These days, they're best known for their respective on- and off-screen relationships, but way back in 2009, Katorse co-stars Xian and Erich were romantically linked. They never confirmed the rumors, but Xian openly admitted that he courted her, and they eventually decided to put their careers first. Katorse was the first primetime project for the two showbiz newcomers. Eventually, Erich moved on to her highly popular love team with Enchong Dee, which was also subject to dating rumors.

When JM de Guzman rekindled the flame with his ex, Jessy Mendiola, word broke out that he also had a past relationship with actress Meg Imperial. He denied the reports, while Meg said they had a short-lived "mutual understanding" after he first split with Jessy. In an interview with PEP.ph, Meg suspected that whatever they had didn't push through because they were both holding back. They teamed up for the first time in the 2013 Valentine's Day special of Ipaglaban Mo.

Photo of Gab Valenciano and Rachelle Ann Go from PEP.ph; screenshot of JC Intal and Ellen Adarna from ABS-CBN.

Pinoy Celebrity Couples Pinoy Celebrity Exes Pinoy Showbiz
Your Guide to Thriving in This Strange New World
Staying
In? What to watch, what to eat, and where to shop from home
OR
Heading
Out? What you need to know to stay safe when heading out