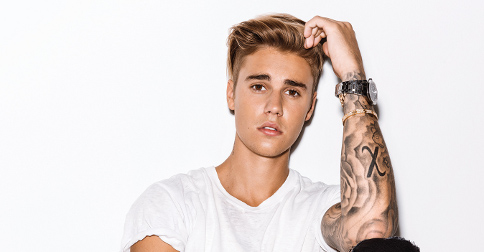 Brace yourself: It's suddenly cool to be a Belieber

What sorcery is this?

(SPOT.ph) It's tough being a Justin Bieber fan, especially when the label is often associated with crazy, eyebrow-raising behavior. It didn't help that he had a much-publicized and indefensible downward spiral (remember when he pissed in a janitor's bucket?)—a fact that he recently owned up to and apologized for. These days, the former bad boy is making a comeback, with many non-fans proclaiming that they have now converted. (Is too late now to say sorry, Justin?) Here are five reasons why it's suddenly acceptable to call yourself a Belieber.

If there is one thing that is guaranteed to turn even the most reluctant Bieber hater into a fan, it's Purpose. Proof?The infectious album has received non-stop praise since its release, landing him his sixth No. 1 album and defeating One Direction in the process. Plus, he broke a 51-year-old record set by the Beatles with 17 songs currently on the Billboard Hot 100 list. By the way, Purpose is already on sale locally and streaming on Spotify!

His collaborations, musical and otherwise

Speaking of Purpose, it's hard to hate a guy who works with awesome people. For his new album, Justin worked with the likes of Ed Sheeran, EDM favorites Skrillex and Diplo, indie darling Halsey, and rappers Big Sean, Travis Scott, and Nas. He also remixed Drake's "Hotline Bling," worked with Ariana Grande for a remix of "What Do You Mean?" and released an unlikely collaboration track with Travis Scott on the latter's album. That's not all! He features popular dancers like Royal Family and Keone and Mari in his music videos, as well as promoted the tracklist for Purpose via colorful and creative murals by graffiti artists all over the world.

The Internet rejoiced when Justin announced that he would be roasted on Comedy Central; after all, perhaps no other celebrity in his age group is subjected to more hate than Justin. The stint was his way of acknowledging his douchey mistakes by offering himself as a punching bag. In fact, many have cited it as the first step towards Justin's major career revamp.

Like a scene straight out of your favorite rom-com, Justin was seen making the ultimate grand gesture to his on-and-off-again girlfriend, Selena Gomez, with a public serenade of "My Girl." Admit it—it's kind of cute.

This isn't the first time Justin has joined Late Late Show host James Corden during the latter's immensely popular carpool karaoke segment. Round two involves hilarious outfits, a run-in with the paparazzi, and a rendition of Alanis Morisette's "Ironic." You've been warned: This video can and will give you Bieber fever.

Justin Bieber
Your Guide to Thriving in This Strange New World
Staying
In? What to watch, what to eat, and where to shop from home
OR
Heading
Out? What you need to know to stay safe when heading out