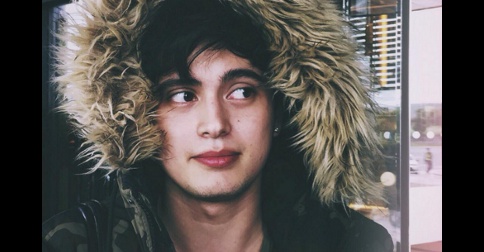 JaDine fans may want to avoid reading this.

(SPOT.ph) James Reid has made headlines once again, but not for his highly successful telenovela, On the Wings of Love.

The actor was allegedly spotted by a fan in Bonifacio Global City, but when the latter approached James for a photo, he declined. The fan also said that he was with his co-Pinoy Big Brother housemate Patrick Sugui and Julia Barretto, writing, "...He's so occupied kissing and flirting [with] Julia Barretto [at] that time. Kulang na lang kasi mag-sex sila sa harapan namin."

James finally broke his silence on the issue via Facebook post early Friday, November 27, saying, "Give me a break. Does anyone really think I would have sex in a bar/public place...stupid. If everyone wasn't so gullible, I wouldn't even have to be explaining my private life right now. Cut the bullshit. Stop the hate."

Since the news broke out, James was subject to plenty of criticism from fans of his love team with Nadine Lustre—so much so that his friend, actor Bret Jackson came to his defense, saying, "Julia is friends with Sam Concepcion, one of our best friends also. We’re all barkada."

Back in July, James and Julia were allegedly seen on a date together, but they both denied having a romantic relationship. He was also wildly bashed by fans after being seen partying with other girls, including Ningning actress, Debs Garcia.

James Reid Julia Barretto
Your Guide to Thriving in This Strange New World
Staying
In? What to watch, what to eat, and where to shop from home
OR
Heading
Out? What you need to know to stay safe when heading out