Ramon Bautista stands by his Mar Roxas endorsement, talks about "talent fee"
Loading
Already a member? Log in
No account yet? Create Account
Spot.ph is your one-stop urban lifestyle guide to the best of Manila. 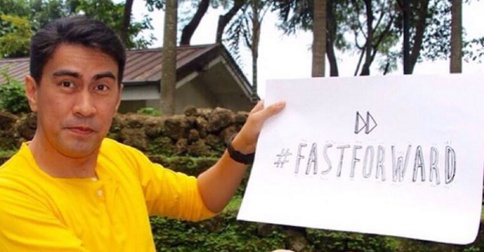 Fist bumps all around!

(SPOT.ph) You know it's election season when you see celebrity opinions and endorsements left and right...swiftly followed by a lot of angry reactions. The latest celebrity to defend his choice of endorsement is Ramon Bautista, who recently appeared in a star-studded music video for the Liberal Party.

Still, the comedian took time to poke fun at his critics, posting this photo on his Instagram:

Also read:
Kitchie Nadal and Gab Valenciano have some strong words about Duterte's morals
Gab Valenciano responds to critics of his Duterte post + more things you might have missed today