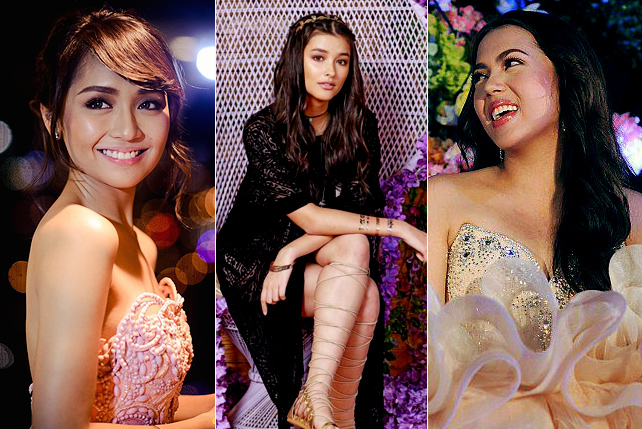 These stars marked their 18th birthdays with glamour and style...but not necessarily with posh parties. 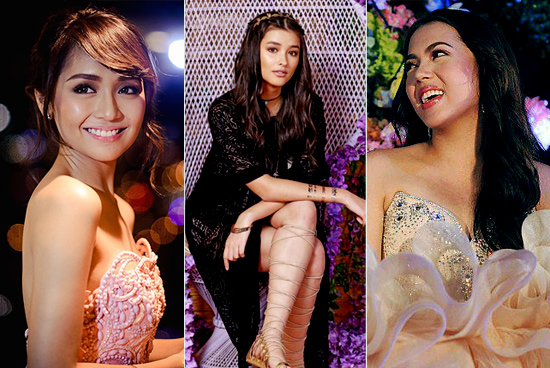 (SPOT.ph) For many girls, turning 18 is often touted as a big deal. It's the first official event where you're considered an adult, after all. While some people might have celebrated with a casual party, others went with traditional debut celebration—18 candles and all. Here 10 celebrities who made their 18th birthday extra special, from lavish gowns to gorgeous, themed parties. 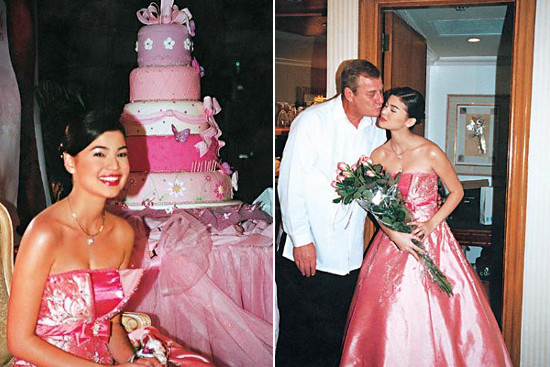 For Anne's traditional debut in 2003, she held a glitzy party at the Garden Ballroom of the EDSA Shangri-La Hotel. Live butterflies were released during her 18 roses, where she danced to music personally chosen by the 18 bearers. For her 18 treasures, Anne reportedly received a number of lavish gifts, including a diamond ring from her mom and a Barbie doll wearing the same pink dress she had on at the party. 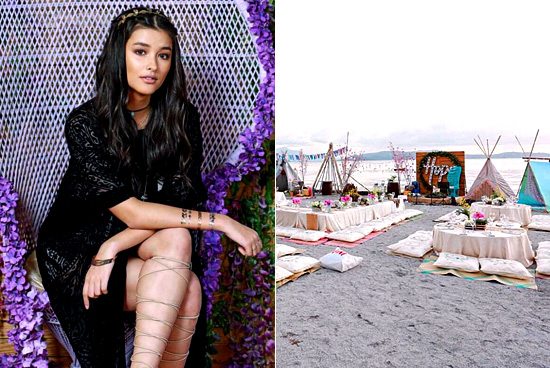 No matter how old you are now, Liza Soberano's surprise 18th birthday party is anyone's #PartyGoals. Although she initially opted to celebrate with her favorite charities, her friends and family planned a laid-back, boho-themed party by the beach at Club Balai Isabel in Batangas. Think tiki tents, eclectic printed details, and plenty of flowers! Instead of the usual 18 candles or roses, her guests dedicated 18 songs to Liza during the program. 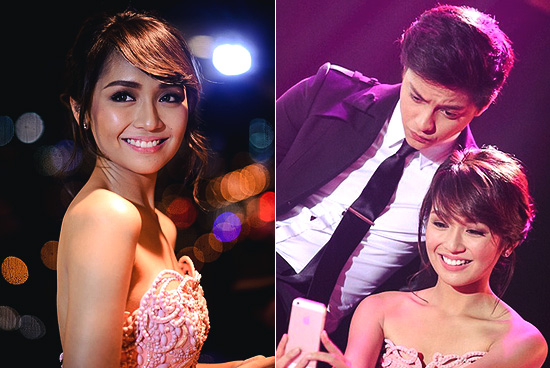 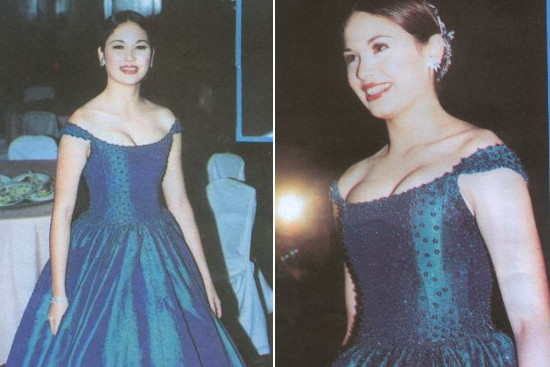 Kristine looked every inch a princess when she celebrated her debut in 2001. (Fun fact: She was still playing Yna in Pangako Sa 'Yo at the time!) She donned three gowns for the event: a white gown when she welcomed her guests, a sapphire blue gown embellished with Swarovski crystals for the ceremony (both gowns were designed by Randy Ortiz), and a gray gown by Paolo Basa during the after-party. Her debut, held at the Manila Polo Club, was attended by the biggest stars who gamely participated in her 18 roses and candles, including Jericho Rosales, Piolo Pascual, Jean Garcia, John Lloyd Cruz, and Jodi Sta. Maria. 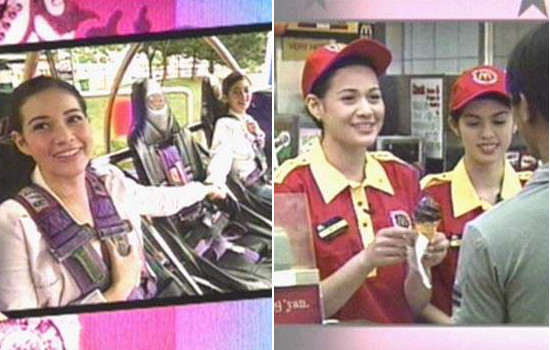 When Bea Alonzo turned 18 in 2005, she skipped the grand celebration, despite ABS-CBN's offer to throw her a party. Instead, she was given a TV special entitled "Wildest Dreams at 18," where she lived out different roles, from being a big sister to the less fortunate to working as a McDonald's fast-food crew member. When asked about the latter, she explained, "I've always wanted to work in a fast-food chain. I come from a poor family, a broken home. Working means extra income for the family. But I never got the chance to do it." 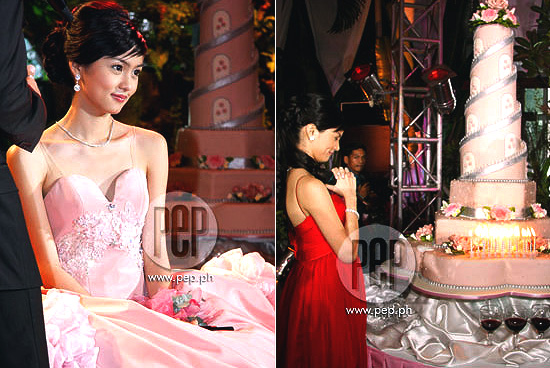 Kim Chiu was initially reluctant to throw a party, but she was eventually convinced by her family and Star Magic handler. The event, dubbed "My Girl Turns 18," was held at Glass Gardens in Pasig City, and was aired as an ABS-CBN TV special a few weeks later. Instead of 18 roses, she had a modern cotillion where her first dance was her father and her last dance was her then-on-screen partner, Gerald Anderson. She wore three gowns designed by Francis Libiran. 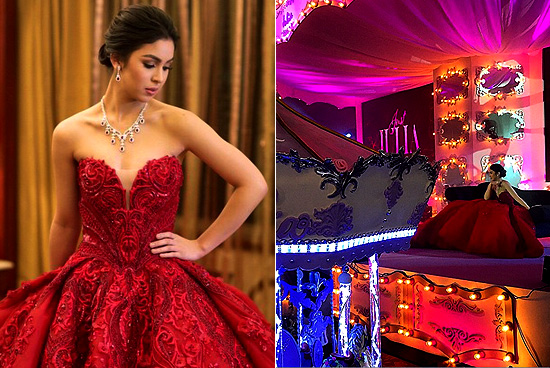 It was 12 years ago, but KC Concepcion's grand, two-day celebration still remains memorable. She skipped the traditional debut elements of cotillions, 18 roses, or escorts, and instead, chose a fairytale-themed affair styled by Robert Blancaflor. The NBC Tent was transformed into a makeshift forest with 24-foot trees and a wishing pond. According to YES! magazine, instead of gifts, KC requested that her guests donate to four of her chosen environmental charities. Her gown was designed by Paul Cabral and Joe Salazar, and she was serenaded by Piolo Pascual. (They became a couple in 2010.) 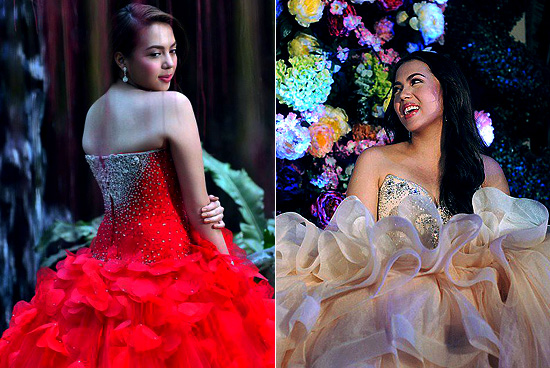 In 2013, Julia Montes threw a grand, fairytale-themed debut in Fernwood Gardens, Quezon City that featured an indoor lake, a carriage, and a castle-themed cake. Her then-love team partner, Coco Martin, was her escort, and she enlisted her friends from showbiz for her 18 roses (which included John Lloyd Cruz, Enrique Gil, Daniel Padilla, and Richard Gomez) and 18 treasures (Kathryn Bernardo, Dawn Zulueta, Denise Laurel, and Janice de Belen). Her ball gown was designed by Pepsi Herrera.

Here's a debut party theme you probably don't hear very often: Wizard of Oz. Like Dorothy, Dominique Cojuangco wore a pair of bejeweled red heels, as well as a long gown by Mich Dulce and a party dress by Ivarluski Aseron. The lavish party, which was held at their home, featured a "yellow brick road" that led guests to their house and a garden of over 300 roses. The event was catered by chef Margarita Fores, with a massive, seven-layer cake by Heny Sison. Naturally, the party was capped by spectacular fireworks.

Celebrity Debut Party Celebrity Debut
Your Guide to Thriving in This Strange New World
Staying
In? What to watch, what to eat, and where to shop from home
OR
Heading
Out? What you need to know to stay safe when heading out