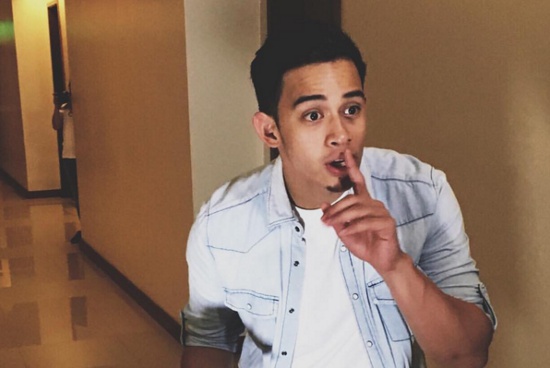 He and his friends reportedly ganged up on the victim until he was unconscious.

(SPOT.ph) Diego Loyzaga, the son of Cesar Montano and Teresa Loyzaga, has allegedly been tagged in an altercation at the Palace Pool Club in Bonifacio Global City.

According to a report from PEP.ph, Loyzaga and his friends were at the club on Sunday, March 13 to celebrate the birthday of Julian Estrada (son of Sen. Jinggoy Estrada). Loyzaga, who played Daniel Padilla's rival in Pangako Sa 'Yo, reportedly got touchy with the girlfriend of one of two brothers present at the club, Wilmer Paolo and Wilmer Angelo Lopez. They "talked to him calmly," but Loyzaga supposedly followed Wilmer Paolo to the restroom and punched him twice in the face. Security then asked the group to take it outside.

Loyzaga later returned to the Lopez brothers, demanding to know if they knew a certain "Paolo" who had tried to diffuse the earlier fight inside the club. When Wilmer Paolo said he had just met the other "Paolo" at the club, Loyzaga claimed he was lying and ordered one of his friends to hit him. Loyzaga's group of "10 to 15" people was said to have taken turns kicking Wilmer Paolo until he was "unconscious and bleeding" on the ground. He was then rushed to the hospital.

A report from Inquirer.net said that the family was "saddened" that Palace Pool Club security only "watched" while the brothers were beaten up. A statement from the club was released to Bandila last night, March 14, saying that because the fight took place outside the premises, "security protocols do not allow establishment security to get involved in altercations outside the venue."

Meanwhile, Loyzaga has (somewhat) broken his silence via his Twitter account (above). Estrada also came to his friend's defense, saying, "Diego is a good guy."

Diego Loyzaga Palace Pool Club
Your Guide to Thriving in This Strange New World
Staying
In? What to watch, what to eat, and where to shop from home
OR
Heading
Out? What you need to know to stay safe when heading out