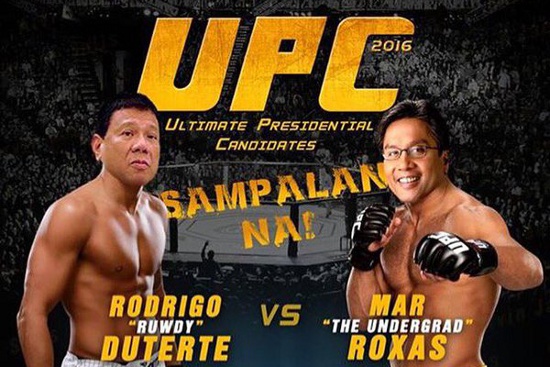 Social Media Roundup: What Celebs Said During the #PiliPinasDebates2016

Everyone had something to say, even your favorite celebrities.

(SPOT.ph) If we could describe the March 20 presidential debates in one word, it would be "messy." First, Sen. Miriam Defensor-Santiago announced that she wouldn't be part of the debates because she will be undergoing treatment. Then the debates were delayed for over an hour...and well, it just escalated from there.

The hashtag, #PiliPinasDebates2016, trended worldwide even hours after the debate ended. The Internet, of course, had plenty to say—including some of your favorite local celebrities.

For instance, they couldn't help but comment on the hour-and-a-half delay...which was said to have been caused by Vice President Jejomar Binay because he wanted to bring "notes": 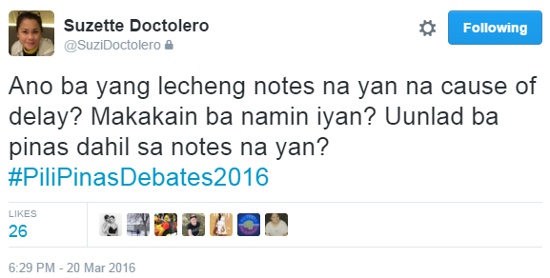 TV 5 also aired behind-the-scenes footage of the candidates while they were waiting for the debates to begin:

Meanwhile, others just had this to say about the debates in general:

Also read:
2016 Election Primer: The Basics That You Need to Know
VIDEO: Your 3-Minute Guide to 2016 Presidential Candidates' Platforms