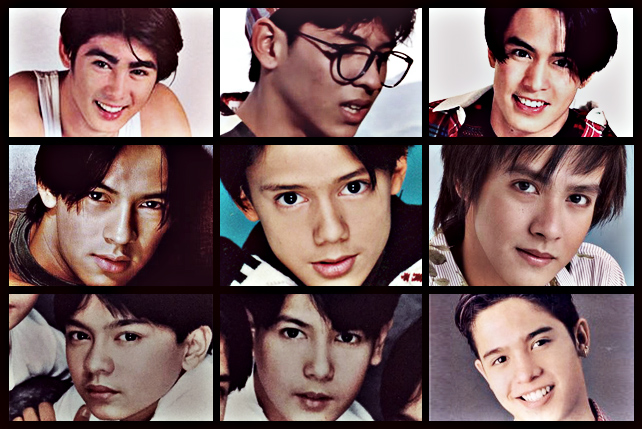 Where Are They Now: Our Crushes From the '90s

Spoiler: A lot of them are dads now. 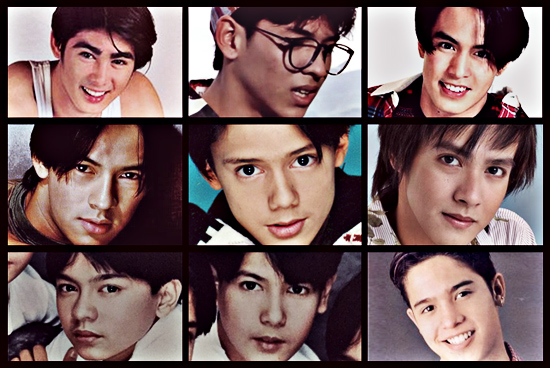 (SPOT.ph) If you grew up in the '90s, then chances are, you had photos of at least one of these guys plastered all over your binder or bedroom walls. You probably collected every magazine that featured them on the cover...and there were a lot of them. In the spirit of nostalgia, we look back at the celebrities who made us swoon back in the day (though we'd probably never admit it now). Spoiler: A lot of them are dads now.

This list includes celebrities who hit in big from the '90s to the early '00s. 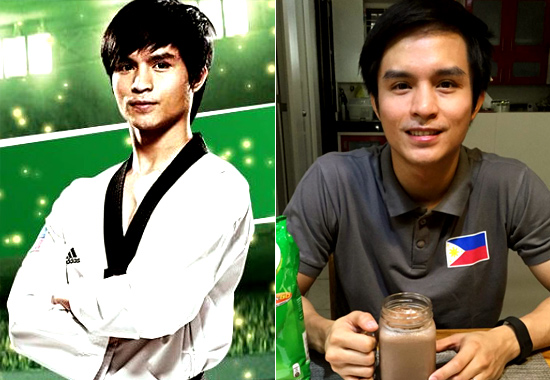 Memorable work: The cute taekwondo athlete from the Milo commercials

Admit it: You probably went out of your way to buy the Milo packs that featured this cutie on the front of the packaging. Back in the day, he was also a popular model, host, and actor (he had several guest appearances in ABS-CBN, including MMK, ASAP, and the series Kung Fu Kids). Today, he's 29 years old (gasp, feel old yet?) and he's engaged to his fellow taekwondo athlete, Janice Lagman. They run a taekwondo school together, and they just released a very sporty prenup video! 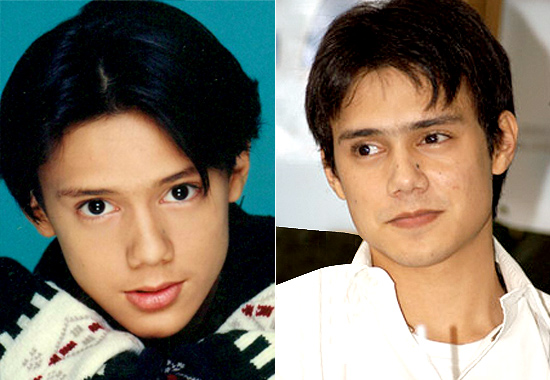 Patrick Garcia was easily one of the most recognizable faces of the '90s, appearing in plenty of childhood classics like Ang TV, Tabing Ilog, Rollerboys, Gimik, Batang PX, and Madrasta (where he was critically acclaimed for his role as one of Christopher de Leon's children). He has a seven-year-old son with Jennylyn Mercado and two daughters with his wife, Nikka Martinez, whom he married in March 2015. 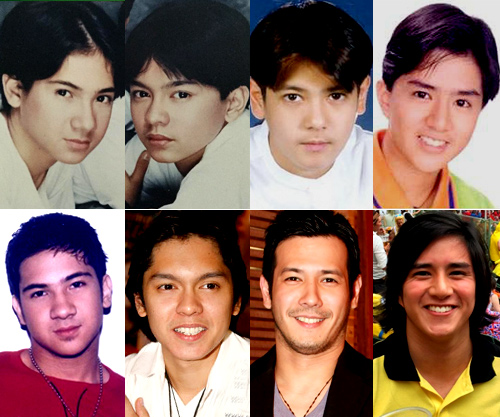 Memorable work: The boys you likely fought over in G-mik

We're talking about the original cast and yes, you probably had your own favorites from the 1999 teen show. Three of them went on to form the teen band, JCS. Here's what we know about the four male cast members: 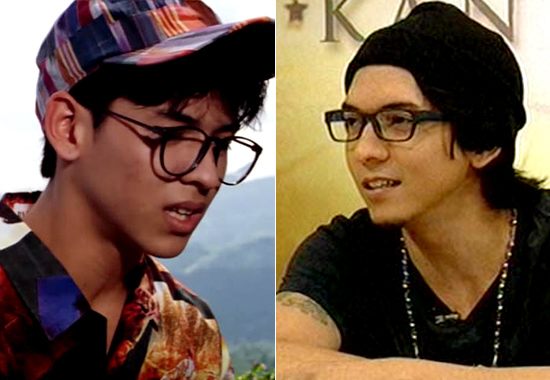 Memorable work: Ang TV and his role as Bob Cosme, the second son to Dolphy's Kevin Cosme in Home Along Da Riles

After his role in Home Along Da Riles, Gio took on both TV and films, most notably in the 1998 film Labs Kita...Okey Ka Lang? where he played the third wheel to Jolina Magdangal and Marvin Agustin. He played supporting roles in familiar projects like Lobo, Honesto, and the John Lloyd Cruz-Sarah Geronimo movie trilogy, A Very Special Love. 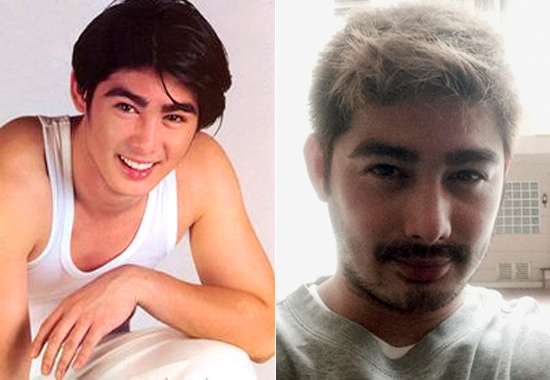 Memorable work: Being part of G-mik's extended cast and a member of Streetboys

If you couldn't tell the Streetboys apart, it was probably pretty easy to spot Danilo Barrios because he had those eyebrows way before "on fleek" was a term. He was part of the cast of a number of recognizable films from the early 2000s, including Dekada '70 and Magnifico. These days, he's now a doting father of two, and he shares plenty of snapshots with his kids on Instagram. (And yes, he still has the eyebrows.) 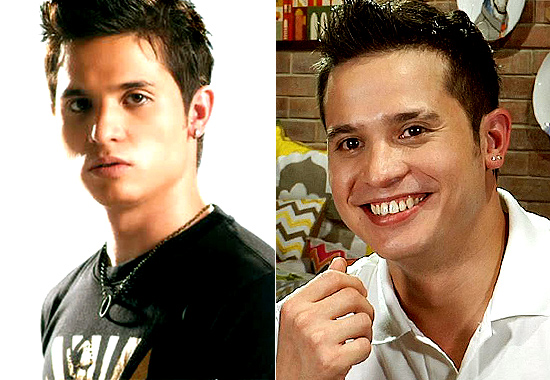 He started his career in the 1999 horror film Sa Piling ng mga Aswang alongside Maricel Soriano before landing a role in Click alongside familiar names like Wendell Ramos, Chynna Ortaleza, and Angelika dela Cruz. His career blossomed in the early 2000s, landing lead roles in GMA Network shows, as well as critically acclaimed films like Deathrow in 2000, Mano Po in 2002, and Muli in 2010. He left showbiz in 2012 and returned to GMA Network in the recently concluded afternoon soap, Buena Familia. He also has a daughter now! 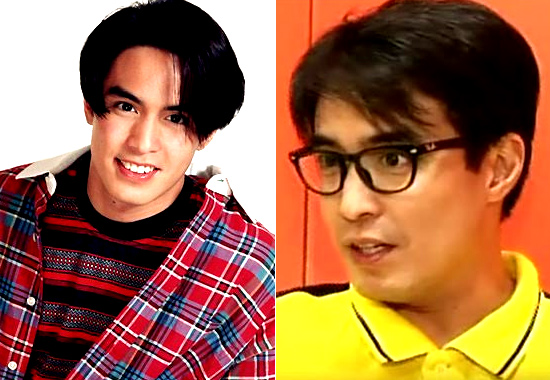 Girls who grew up watching '90s teen-oriented shows will likely remember Onemig Bondoc's boyish charm. His career took off when he joined Thank God It's Sabado, and even played leading man alongside '90s royalty Judy Ann Santos. He moved to ABS-CBN, where he played the third wheel to Jolina Magdangal and Marvin Agustin in Labs Ko Si Babe, and later, Errol in Pangako Sa 'Yo. He also had plenty of box-office success with films like Trip and Jologs, and he retired from showbiz in 2006. He married actress and model Valerie Barlou in 2009, but we hear they've recently taken their marital troubles to court. 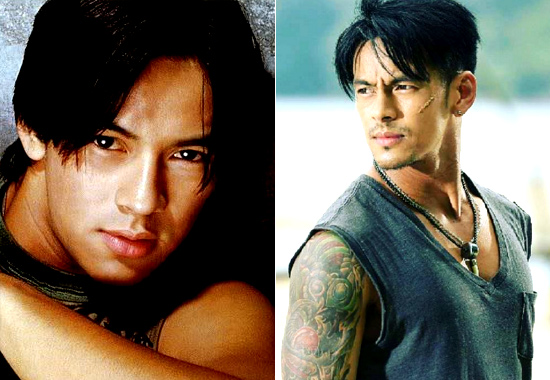 Memorable work: Dancing shirtless with a tube of Rexona deodorant

In 2003, Jordan Herrera caught the eye of the public when he and four other shirtless men sang to a tube of deodorant in a Rexona commercial. They eventually went from Rexona Boys to Power Boys to P4 (when one of the members left). Jordan was arguably the most popular member of the group. When that ship sailed, he showed off his assets in several bold and indie films. These days, he's still as fit and rugged as ever, and he landed a few small roles in ABS-CBN teleseryes, including the currently airing Ang Probinsyano. 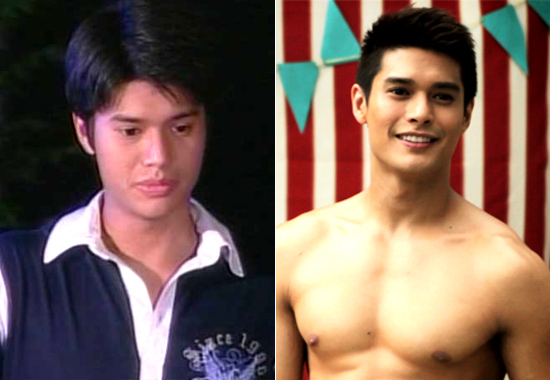 JC de Vera's career kicked off when he played Benj in the third batch of Click, where he was paired with Valerie Concepcion. He soon landed roles in successful dramas with GMA Network, which earned him the title Drama Prince. He wasn't just on TV, either: he also had plenty of endorsement deals and magazine covers to go with all the projects. He switched to ABS-CBN in 2013 where he joined the cast of The Legal Wife. His most recent project is the now-defunct show, You're My Home, where he was paired with Jessy Mendiola. He also makes music now, and he got better with age, too. 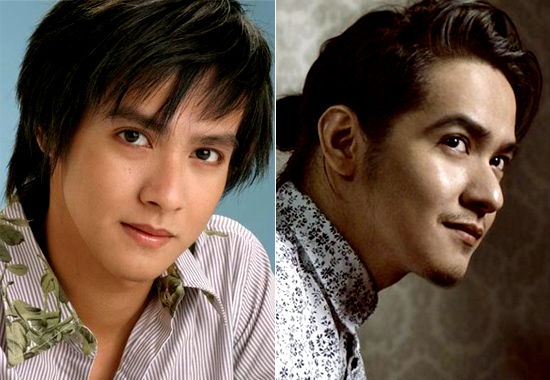 Sorry Rainier Castillo, but we think Hero Angeles rocked the F4 'do better. Okay, it didn't help that he bore a striking resemblance to F4 member, Vic Zhou. (Plus, he also had those cute dimples!) Although he initially took off when he was paired with fellow Star Circle Quest winner Sandara Park, his career didn't quite flourish the way hers did. There were plenty of rumors of Hero being difficult behind-the-scenes, which reportedly led to his pullout from shows. He graduated with a degree in Fine Arts from University of Santo Tomas and has featured his art in a few exhibits. Hero made an acting comeback of sorts when he guest-starred in the 2015 show, Nathaniel.

Pinoy Celebrities Nostalgia
Your Guide to Thriving in This Strange New World
Staying
In? What to watch, what to eat, and where to shop from home
OR
Heading
Out? What you need to know to stay safe when heading out