It's the end of an era: Delamar Arias is leaving The Morning Rush 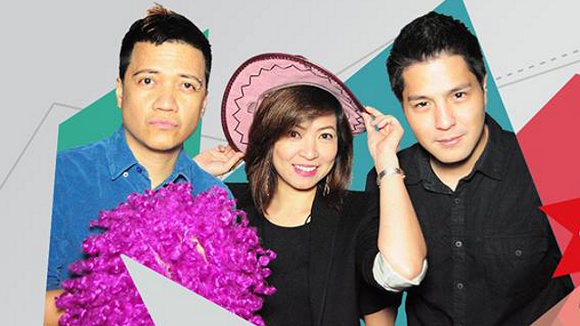 (SPOT.ph) Whether you're an avid listener or maybe you just happened to tune in, you've probably heard the witty and energetic banter on Monster RX 93.1's The Morning Rush. It's almost impossible to believe that this morning staple has been making exhausted commuters and drivers laugh for 20 years. It's even more impossible to believe that one of them is saying goodbye.

That's right; Delamar Arias—who has been with TMR since 1996—is bidding the show farewell. She made the announcement during the July 22 episode of the program, much to the surprise of their listeners. "Next week will be my last week on the show," she said during the show. "I'm not going anywhere [else]. I'm not migrating. I'm not going to another radio station."

She also declined to share the reason behind her exit (maybe it's a topic they'll tackle next week?), but did say that she had decided to leave about a year-and-a-half ago...something her co-hosts Chico Garcia and Gino Quillamor already knew.

In a statement given to SPOT.ph, Delamar said, "It is with great sadness that I am leaving the show that has been the centerpiece of my adult life before I had children. But there is still one more week to go before I leave, and I am determined to have one hell of a week before the final goodbye."

When asked what she will miss the most about TMR, she replied, "Hands down, [it's] the conversation. There's no conversation like TMR conversation to make me feel like all is well with the world."

We miss you already, Del!

The Morning Rush Delamar Arias Chico Garcia Gino Quillamor Monster Radio
Your Guide to Thriving in This Strange New World
Staying
In? What to watch, what to eat, and where to shop from home
OR
Heading
Out? What you need to know to stay safe when heading out