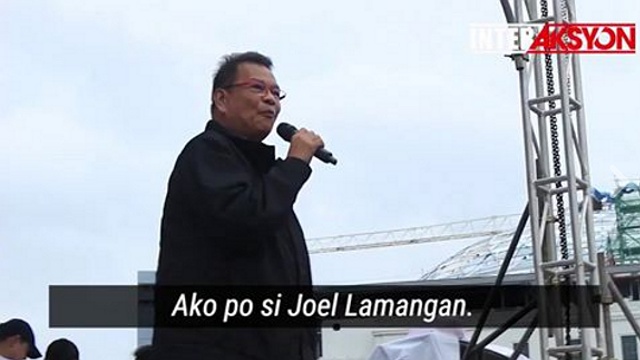 The acclaimed director opens up about his childhood during Martial Law

One of the most prominent personalities who made headlines was acclaimed director, Joel Lamangan, who is best known for films like The Flor Contemplacion Story, Deathrow, and the Mano Po franchise. He shared his experience during Martial Law; he was arrested and tortured when he was in 16 years old, and again four years later.

Other personalities who were seen at the protest include Sen. Risa Hontiveros, former Akbayan Rep. Walden Bello, Albay Rep. Edcel Lagman, and journalist Ces Drilon. The latter received flak from Marcos supporters for openly expressing her support for the protest. She then responded with a series of tweets (below):

Read the full transcript of his speech at Interaksyon.com.