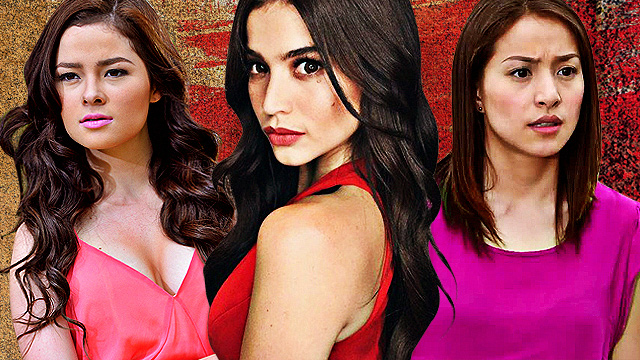 "I can buy you, your friends, and this club!" 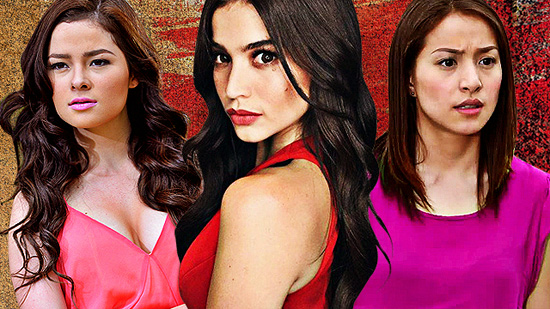 (SPOT.ph) At this point, we've seen enough mistresses, sibling rivalries, and switched-at-birth plots in TV and movies to predict what comes next. And yet, real life still manages to be far more dramatic and unpredictable than fiction, with local celebrities dropping scathing lines that could rival their own teleserye scripts. We round up 10 of the most quotable and memorable one-liners from infamous showbiz feuds.

"'Relevant sham,' said the talentless guy who joined AlDub to stay in the spotlight and campaign for his dad."

How it went down: Andi Eigenmann and Jake Ejercito's tumultuous on-and-off relationship ended in 2014; Jake abruptly cut communications with Andi when her father's health condition worsened. In August 2016, the two exchanged nasty barbs on social media, with Jake claiming she was using their breakup to promote her new movie, Camp Sawi. Naturally, Andi lashed out to defend herself. Jake called her a "relevant sham," while she declared him a "talentless guy" who used AlDub to campaign for his dad.

"Just remember that my house, which you call less than your criteria, was what gave you a roof over your head, food [in] your stomach, clothes on your back when you were a nobody and had nothing!"

How it went down: Who needs teleseryes when you have the Barretto clan's family drama that extends all the way back to the '80s? There have been many familial spats over the years, but the most explosive one was between Gretchen and their matriarch, Inday, in 2013. It initially involved Gretchen and Claudine, but only escalated when Inday took sides and disowned Gretchen in an open letter. Gretchen then claimed that she took on the role of being parent to her siblings at the age of 12, and was forced to join showbiz to support her family. Inday released another statement on The Buzz to debunk her story (which included the quote above). Their word war went on for months, until Gretchen sent a statement to PEP.ph, calling her mother "narcissistic" and "abusive." To this day, the drama still isn't over.

"I can buy you, your friends, and this club!"

How it went down: In November 2013, Anne Curtis made headlines for her public meltdown at a posh club in BGC. An intoxicated Anne reportedly stepped out of the restroom, demanding to know who was "banging" the door and slapping the people outside (including actor John Lloyd Cruz, whom she called an "addict"). However, it was her now-infamous one-liner to model and TV host Phoemela Barranda that really had everyone talking: "I can buy you, your friends, and this club!" She later admitted to and apologized for her behavior, chalking it up to a three-day juice cleanse.

How it went down: The feud between Marian Rivera and Heart Evangelista dates back to 2011 when they were co-stars in the film Temptation Island. Despite a supposed reconciliation, fans never quite got over their rivalry. One, in particular, took to Instagram in July 2015 to tell Heart that she was "way better than Marian." The latter advised her not to bring it up as she did not want to get bashed by Marian's "very bad" fans. When asked about her reaction to the issue, Marian admitted she was hurt by how Heart described her fans, saying, "Ganito na lang, siguro sana, 'yong mga sinasabi niyang salita, e, tumutugma sa mga ikinikilos niya."

The feud went down during the shoot for this commercial

How it went down: During a commercial shoot in 2006, Dawn Zulueta was reportedly peeved at Gretchen Barretto's "primadonna" attitude while on set. Gretchen had arrived with three "alalays," five bodyguards, bags full of her own designer shoes and makeup, and a microwave for her own food. After the shoot, an irritated Dawn called Gretchen out via text message, with the latter responding "You're not rich" and Dawn retorting "You're not married." They later settled their personal issues behind the cameras.

How it went down: Gutierrez matriarch and talent manager Annabelle Rama has never been one to mince words. (Just ask her daughter, Ruffa.) Her long-standing feud with veteran actress Amalia Fuentes was a series of public spats, including a confrontation at the wake of the latter's ex-husband. Amalia had asked Annabelle to leave because she was wearing red, a sign of disrespect to the deceased. Annabelle had refused, claiming she was wearing orange. A few weeks later, the two had a run-in again, this time during the birthday party of former President Joseph Estrada. After a heated face-to-face exchange, the two took things to Twitter, too.

"Thank you, people around him, for causing this to happen, because if it didn't, it would have lasted longer."

How it went down: Nikki Gil's seemingly perfect five-year relationship with Billy Crawford ended in 2013, after she found out he had been cheating on her. In an interview with Cosmopolitan Philippines, Nikki recalled the multiple warning signs but brushed them aside at the time. She hinted at a third party ("I don't touch what's not mine") and added, "People have said. 'E, kasi, lalaki. May pangangailangan.' My point exactly! See? Kung 'yan lang pala ang issue, [he didn't really deserve me]." In the end, Nikki said she was relieved, because it saved her from marrying him later on.

"Sexy photos are just the icing that has been spread too soon and therefore has melted on this still-baking BIG and DEEP cake that can't seem to reach the 'baked and finished' stage."

How it went down: Sharon Cuneta's quote might not be the most harsh of the bunch, but it's certainly memorable. (For a dose of the harsh, check out her tweets about Piolo Pascual in 2012.) In June 2015, speculations of a rift between Sharon and her daughter, KC Concepcion hit the web. The Megastar said she took issue with KC posting "sexy photos" of herself online, but hinted that there was more to their issue...hence her rather confusing cake metaphor.

How it went down: In 2010, Claudine Barretto unleashed a series of furious tweets about an unnamed traitor, including the tweet above. PEP.ph later reported that Angelica Panganiban was supposedly spreading rumors about Claudine's alleged affair with a certain Martin Castro—a common friend of her husband Raymart Santiago and Angelica's then-boyfriend, Derek Ramsay. Claudine also reportedly sent a letter to Angelica, threatening her with words straight out of a teleserye: "Papatayin kita. Wawasakin ko mukha mo. You don't deserve to live. Suntukan tayo ngayon na." The issue was eventually put to rest.