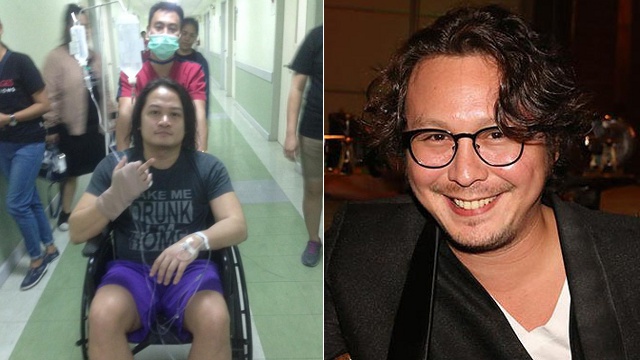 (SPOT.ph) At this point, many are no longer surprised when Baron Geisler is involved some sort of controversial altercation. Still, his most recent incident involving his film, Bubog, caught everyone—including his co-star, Ping Medina—by surprise.

Meanwhile, Geisler took to Facebook to defend himself, claiming it was a "misunderstanding" and said the director, Arlyn Dela Cruz, said for him to do what he thought best for the scene. However, Dela Cruz denied his claims and said that he had vowed to work sober for the film.

"I repeatedly explained to you and was clearly written on the script where your character is coming from and how I wanted it to be tackled, stressing that the idea is, power is felt, not expressed," she wrote. "To show true might, in subdued silence and suppressed emotions. Ping Medina does not deserve what you did. No actor deserves that. No person deserves that."

She ended her post, saying, "To my fellow filmmakers, you may think you need Baron in your movies...but you don't...you really don't." She also said that they killed his character and the "story and script will stand without [him]."

Meanwhile, Film Development Chair Liza Diño-Seguerra slammed Geisler's behavior, saying, "We may not have guilds here who can really protect the welfare of our film workers but I will make sure this will never happen again to any actor. Legal action should be taken against you. I will make sure our council sees this through."

Baron Geisler Ping Medina
Your Guide to Thriving in This Strange New World
Staying
In? What to watch, what to eat, and where to shop from home
OR
Heading
Out? What you need to know to stay safe when heading out