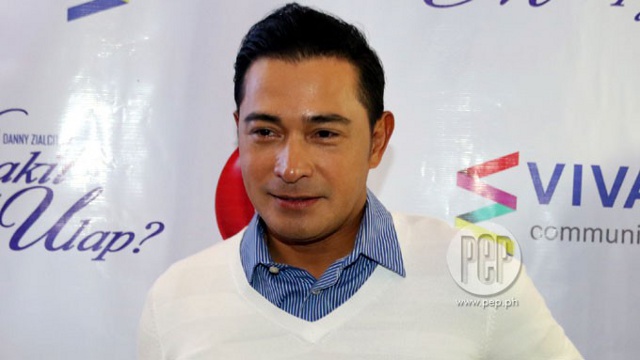 Cesar Montano accused of corruption and incompetence by Tourism Promotions Board

Montano has figured in many showbiz controversies in the past and now he's in the hot seat in connection with his TPB post.

TPB employees have documented and formalized their complaints against Montano via a letter submitted to the Presidential Action Center received March 1, 2017. They listed 24 "wrongful acts" that were allegedly committed by Montano.

Among the irregulaties listed, these three stand out:

For their part, VIVA Communications has already clarified that they have not gotten any form of sponsorship support from TPB for a concert featuring James Reid and Nadine Lustre.

In a March 13 statement, VIVA Communications vice president for sales and production Jay Montelibano, pointed out: "At best, all we have is a proposal. Until all approvals are obtained from the proper channels, any supposed sponsorship of the James Reid and Nadine Lustre (JADINE) tour is not binding on VIVA."

In any case, the TPB employees' complaint also alleges that Montano hired his own staff to perform functions that were already being done. Moreover, Montano also hired his relatives including his brother Rommel, Cliffer Mendoza (brother of Rommel's wife), as well as Priza Cinco (identified only as his relative). The employees noted that this is a violation of Civil Service Commission ruling on nepotism. The salaries of Montano's new hires supposedly range from over P14,000 to P48,000 a month.

Furthermore, an excerpt of the complaint reads: "It can be observed that during meetings with the TPB Management Committee and Board Meetings his level of retention and absorption is very low. He has difficulty understanding presentations, flow charts, and figures. Instead he wants visuals. He would leave the meetings even if not yet adjourned."

In a report by GMA News, President Rodrigo Duterte urged the filing of charges against Montano but added, "I trust the guy." Meanwhile, Montano has already dismissed the complaints against him, calling them "baseless and untrue" until evidence is presented.

This story originally appeared on PEP.ph.

*Minor edits have been made by the Spot.ph editors.

Cesar Montano Tourism Promotions Board
Your Guide to Thriving in This Strange New World
Staying
In? What to watch, what to eat, and where to shop from home
OR
Heading
Out? What you need to know to stay safe when heading out