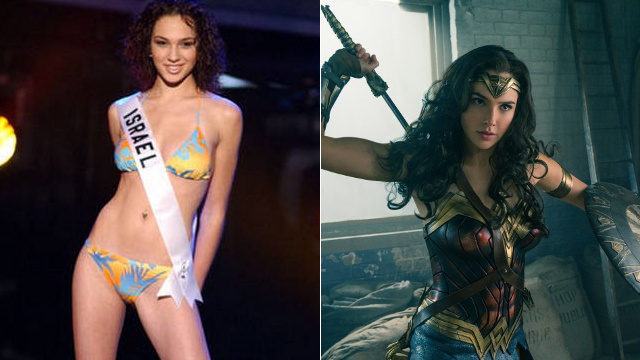 It turns out that Wonder Woman was a very "reluctant" pageant queen.

(SPOT.ph) Log into Facebook, and you'll see story after story about Wonder Woman and its ultra-fierce star, Gal Gadot. Before she donned the red-and-gold costume that made her into a household name—and yes, even before Fast and Furious—the actress was actually a contestant in the Miss Universe pageant!

The clips show some highlights from her performance in Miss Universe, including the Swimsuit and Long Gown Competition. Gal won Miss Israel in 2004, competed in Miss Universe within that same year, and joined the military after.

Interestingly enough, she admits to being a "reluctant pageant queen" in an interview with W Magazine. "I was 18 and I just graduated high school," she says. "I got in [the pageant] and I never thought I'd win. And then I won, and it scared me. All that responsibility!"

She talks about her rebellious experience in the pageant, saying, "I was afraid I was going to win again... I didn't want to in the Miss Israel pageant and I won, so I figured, 'Oh no, I don't want them to choose me again.' So I was late for all the rehearsals, I wasn't wearing the right evening gowns for breakfast!" She even went as far as to pretend she couldn't speak English very well to judge Paula Abdul!

In the same interview, she admits that being an actress was never really her plan because at the time, she was studying to be a lawyer. She adds that her casting for Wonder Woman was controversial because, she laughingly says, "I had too-small boobs. That was a really big problem."

Beauty Pageant Wonder Woman Miss Universe Gal Gadot
Your Guide to Thriving in This Strange New World
Staying
In? What to watch, what to eat, and where to shop from home
OR
Heading
Out? What you need to know to stay safe when heading out