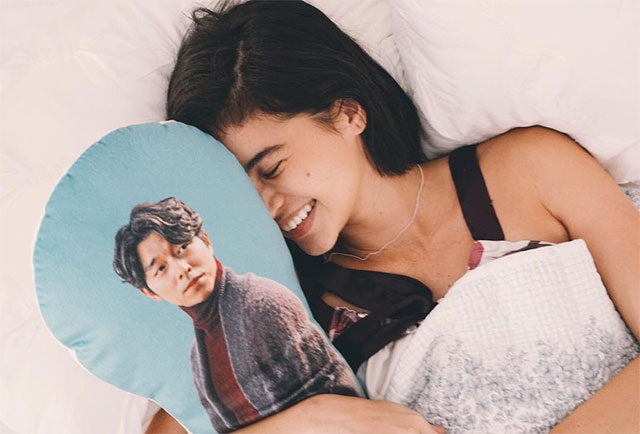 These Local Celebs Are Big Fans of K-Drama

(SPOT.ph) No one is immune to the K-Drama and K-Pop fever—not even local celebs. Here are some of them looking very much like us as they turn into fan girls and fan boys over their favorite Korean stars.

The Kapuso actress is currently in South Korea to watch G-Dragon's concert. She also went around Seoul to visit locations of famous K-Drama series. One of her stops included the actual café in Coffee Prince and a mural dedicated to Lee Jong Suk who plays a talented, vengeful comic book hero in W: Two Worlds.

When Anne started watching the K-Drama fantasy Goblin, she instantly became infatuated with Gong Yoo, who is also known for his roles in Coffee Prince and Train to Busan. She even went to his meet and greet event in Hong Kong! Though she wasn’t able to get real close to the actor, we wouldn’t be surprised if she gets her chance once the actor visits the Philippines.

Also a fan of the series Goblin, Bela is crushing on Lee Dong Wook, who plays the Grim Reaper. In one of her Instagram posts, she uploaded a photo of Dong Wook looking glum with the caption, “Uwi ka na, di na ako galit.” Here she is with rumored beau Zanjoe Marudo as she points out the similarities between him and the Korean star.

It wouldn't be farfetched to think that James Reid practices his dances moves to Big Bang’s upbeat tunes. In fact, he attended their concert in 2015 together with a few friends. His sister Lauren is also a fan and was fortunate enough to shake G-Dragon’s hand after the concert.

Aside from his hosting skills, Pinoy Big Brother Teen Edition alumnus Robi Domingo also has another talent up his sleeve. He can play the piano and he doesn’t just play the usual songs—he can do the theme songs to some of the Korean dramas he’s been watching. Here he is playing some tunes from Goblin.

The cosplayer and TV host is also into K-Pop. When her family vacationed in South Korea in 2016, she shopped for K-Pop vinyl records at SM Town in Gangnam and also attended the Suwon Super K-Pop concert.

Korean K-drama K-pop Celebrities Showbiz Instagram
Your Guide to Thriving in This Strange New World
Staying
In? What to watch, what to eat, and where to shop from home
OR
Heading
Out? What you need to know to stay safe when heading out