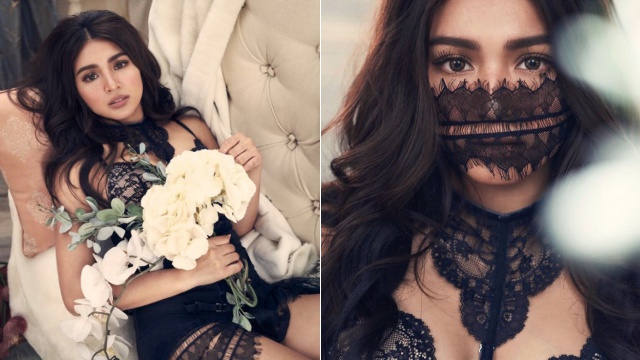 The fans have spoken!

(SPOT.ph) What does Nadine Lustre have in common with Jennylyn Mercado, Angel Locsin, Marian Rivera, and Jessy Mendiola? (Aside from their day jobs, of course.) Well as of today, they've all been pronounced as FHM's Sexiest Woman in the Philippines.

The 23-year-old actress topped the public poll that ran until June 16, besting the likes of Kim Domingo (second place), Rhian Ramos (third place), Jessy Mendiola (fourth place), and Ellen Adarna (fifth place). It probably comes as no surprise that Nadine emerged on top, considering she landed in third place in 2016 and the sexier image she's been flaunting this year.

We look back at some photos of Nadine that prove she deserves her place among the sexiest ladies in the country.

For Halloween 2015, Nadine dressed up as one of the sexiest villains ever: Harley Quinn

In 2016, she flaunted her legs in a flowy and romantic gown she reportedly designed with Mak Tumang

She showed some serious skin in this glamorous white number

For the full FHM 100 Sexiest Women list, grab a copy of their July 2017 issue, in newsstands, convenience stores, supermarkets, and bookstores soon!

Fhm Sexiest Sexiest List Sexiest Woman In The Philippines Fhm Philippines Nadine Lustre Fhm
Your Guide to Thriving in This Strange New World
Staying
In? What to watch, what to eat, and where to shop from home
OR
Heading
Out? What you need to know to stay safe when heading out