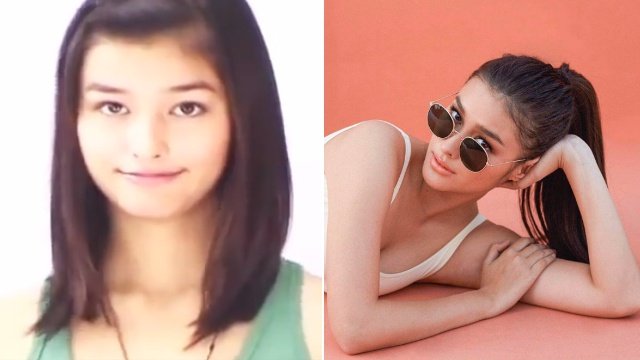 (SPOT.ph) Ah, puberty. For us normal folk, it means terrible haircuts, even more terrible fashion sense, and hiding old family albums forever so evidence will never see the light of day. But if you're someone like Liza Soberano, the awkward phase is pretty much a myth.

Uploaded on one of the actress' Facebook fan pages, the 30-second clip features a 13-year-old Liza as she auditions for a modeling agency. And yes, save for a different haircut, she looks exactly the same. Life is unfair.

Liza's steady rise in showbiz began in 2013 with small supporting roles in TV shows, including the KathNiel-starrer, Must Be...Love. She was first paired with Enrique Gil in 2013 for the Star Cinema film, She's The One, which was topbilled by Dingdong Dantes and Bea Alonzo.

She then catapulted to stardom with a lead role in the 2014 series, Forevermore. After scoring more films, shows, and endorsements, Liza landed her biggest role yet as the new Darna in Erik Matti's highly anticipated film. In a previous interview, she said she wanted to do her own stunts for the movie, and she is currently undergoing some intense training for the role.

Liza Soberano Showbiz Pinoy Showbiz Throwback
Your Guide to Thriving in This Strange New World
Staying
In? What to watch, what to eat, and where to shop from home
OR
Heading
Out? What you need to know to stay safe when heading out