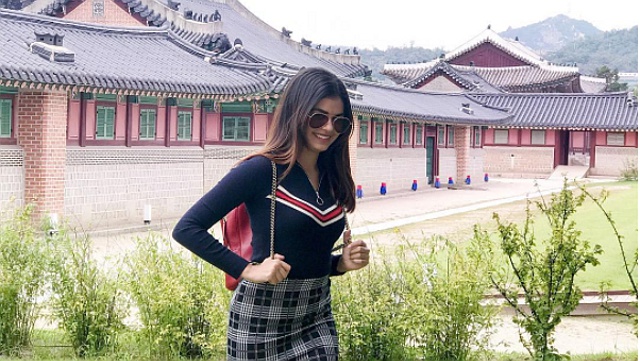 A Tour Around Some of South Korea's Most Scenic Spots, According to Janine Gutierrez

(SPOT.ph) If the amazing  or scenic K-Drama locations haven't already convinced you to fly to Korea, maybe Janine Gutierrez's picturesque IG snapshots will.

The actress and TV host recently flew to Seoul to film an episode of the GMA 7 series, Day Off, alongside her South Korean co-host, Dasuri Choi. Their first stop? The historic Seoul City Wall Museum, which is in Dongdaemun City Wall Park.

The City Wall has protected Seoul for over 600 years and its museum houses fascinating exhibits and historical artifacts that detail the transformation of the bustling city.

Janine's next stop was the Gyeongbokgung Palace, which is located to the north of two other historic : Changdeokgung in the East and Gyeonghuigung in the West. Gyeongbokgung is the largest and most beautiful of the three.

She also took a trip back in time at the charming Bukchon Hanok Village, home to hundreds of Korean houses or  that all date back to the Joseon Dynasty.

If you really want to immerse yourself in Korean culture, this is the place to be. Many of the  serve as restaurants, teahouses, and even cultural centers that let visitors don traditional Korean clothes. (They also recommend booking at least three days before your desired tour date.)

Janine also dropped by Paju City, a giant "cultural town." She took a photo in an area called "The Village," which bears a striking, pastel-colored resemblance to Provence, France. Book lovers will also adore Paju Book City (filled with bookstores, cafés, and publishing houses); meanwhile, the unique Heyri Art Village is a must-see for lovers of art and culture.

Located north of Paju City is the Demilitarized Zone, which separates South Korea from the North. The zone has been protected from human disturbance for almost 60  and has become a haven for folks who are into eco-tourism.

Janine Gutierrez Korea Seoul Travel Celebrity Travel Photos Showbiz Pinoy Showbiz
Your Guide to Thriving in This Strange New World
Staying
In? What to watch, what to eat, and where to shop from home
OR
Heading
Out? What you need to know to stay safe when heading out