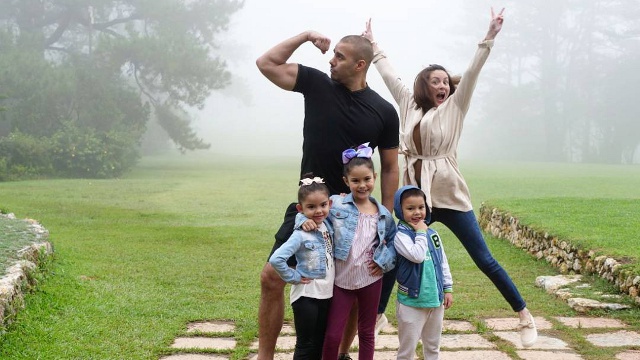 (SPOT.ph) Over the weekend, long-time couple Doug and Cheska Kramer drew flak for a Facebook post on the roles of husband and wives in a Christian household. Although the post is dated October 17, the post didn't draw attention until very recently. (As of writing, there are now over 6,250 shares and 26,000 reactions.)

The post (below) quotes a Bible verse on the "instructions for a Christian household." The lengthy verse partly reads, "Wives, submit yourselves to your husbands, as is fitting in the Lord. Husbands, love your wives and do not be harsh with them." In another paragraph, the verse also had instructions for "slaves," saying, "Slaves, obey your earthly masters in everything; and do it, not only when their eye is on you and to curry their favor, but with sincerity of heart and reverence for the Lord."

The post was accompanied by an illustration where the husband "protects" and "provides for" the family, while the wife are "children managers of the home."

Many fellow Christians came to the couple's defense in the comments (some, for instance, argued that the context of the verse needs new "interpretation"), but others criticized the post for its "dated" views:

So far, neither of the couple have responded to the controversy. The two have been married since 2008, and have three children: Kendra, Scarlett, and Gavin. The family rose to fame in 2013 for their social media posts and have since gained an avid and loyal following online.