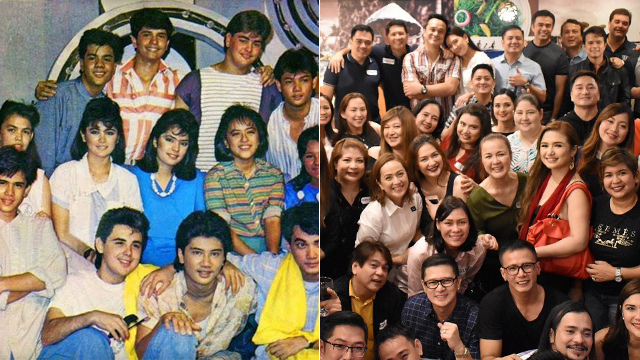 LOOK: Your Childhood Faves From That’s Entertainment Just Had a Reunion

It's Saturday all over again!

(SPOT.ph) Weekdays didn’t seem so bad back in the day when you got to switch on the TV every afternoon to That’s Entertainment. Hosted by the late German "Kuya Germs" Moreno (along with the late Ike Lozada), the variety show featured an ensemble cast of teens separated into five groups: Monday, Tuesday, Wednesday, Thursday, and Friday. The whole cast would perform and compete against each other every Saturday.

That's alum Chuckie Dreyfus shared some photos from the reunion of the cast members from 1986 to 1992. The reunion was held at Salu Restaurant in Quezon City (owned by cast members Romnick Sarmienta and Harlene Bautista). Also in attendance were Piolo Pascual, Jean Garcia, Ian Veneracion, Ruffa Gutierrez, and Vina Morales.

Dreyfus also posted some clips of the reunion in his vlog, where there was a short program held while the cast members were having dinner and catching up with each other.

The show was on air for 10 years from 1986 until 1996. During its run, it won "Best Variety Show" at the PMPC Star Awards in 1992. Its last episode, "That's The Reunion," which featured a reunion of former cast members, was awarded "Best Musical Special" by the same body.

Showbiz Reunion Nostalgia Thats Entertainment
Your Guide to Thriving in This Strange New World
Staying
In? What to watch, what to eat, and where to shop from home
OR
Heading
Out? What you need to know to stay safe when heading out