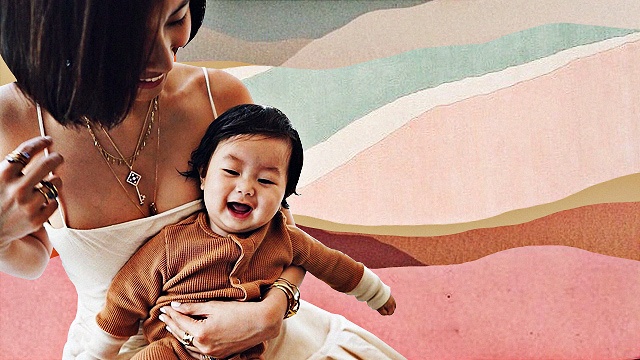 Some surprises were more shocking than others. 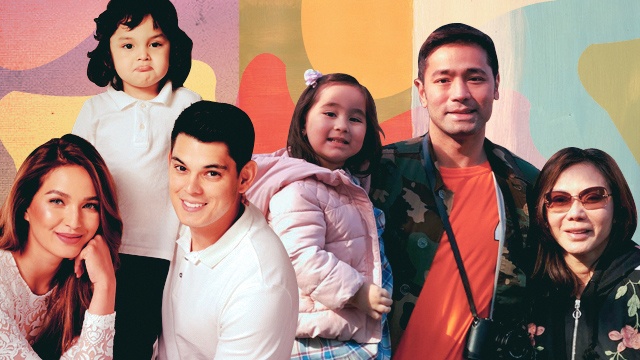 (SPOT.ph) It’s said that there’s a right time for everything. But boy, do celebrities take their time—especially when it comes to baby announcements. They have their own reasons, of course, and even if the rumor mill never stops turning, these celebs are always welcomed back by their fans who are nothing but supportive. The best part is, you get to see the adorable kids grow up right before your eyes (and news feeds)!

Tons of questions were left in the trail of celebrity stylist Liz Uy when she jetted off to Los Angeles, California, for what seemed like a good part of 2017. She missed out on a couple of big celebrations, like the wedding of her close friends Anne Curtis and Erwan Heussaff, but it looks like she had a good reason for the non-RSVP—and it’s (or rather, he’s!)—called Xavi! Liz shared a photo of cute baby Xavi on Instagram, revealing in an interview with Preview that the news came as a surprise to her friends as well.

It seems that Instagram is the way to go when revealing baby news nowadays and mom-of-five (previously thought to be mom-of-four) Marjorie Barretto looks to have gotten the memo. In March 2018, she surprised everyone when she posted a photo of herself on a snow mobile with her youngest daughter, who is five years old. They were on vacation in Japan with the whole family in December 2017, though the photos that were shared at the time didn’t include the little girl. After a week, Marjorie’s other children, Dani, Julia, Claudia, and Leon, also posted photos of their baby sister, calling her their “little princess.” So adorable!

You may have gotten used to seeing the adorable antics of super-cute and smart (she can speak three languages at three years old!) Scarlet Snow Belo-Kho on your news feeds. But the first-ever post about her (made by dad Hayden) was actually a big surprise. The couple kept mum about rumors that they were expecting a baby via surrogate, but Hayden finally confirmed the news when Scarlet was 14 months old in May 2016. He says, “I guess God knew fatherhood would change me completely and bring me closer to being the kind of man He always wanted me to be, so He sent me and Vicki an angel who is to be our lifelong inspiration.”

It’s not every day you find out your sister is actually your mom, but that’s the story of Kim Baranda, which was revealed by her mom Phoemela in an interview in October 2013. Kim was raised to believe that her maternal grandmother was her mom, but when her grandmother passed away, Phoemela stepped up to the role. Phoemela also reveals, “My mom told me to hide [my pregnancy] because I was modeling at that time.” Phoemela went to the United States when she was four months pregnant and gave birth there before returning home. She first introduced her daughter as her niece, then as her sister. Kim found out that Phoemela was her mom when she was 11 years old.

After starring on the hit teleserye Agua Bendita, rumors started circulating that the then 21-year-old Andi Eigenmann was pregnant. In a tearful interview with ABS-CBN, her mother Jaclyn Jose confirmed the news, saying, “Hindi madali pero kailangan kong tanggapin kasi anak ko siya at mahal ko siya. Wala namang ibang tutulong sa kanya kundi ako at ang kanyang pamilya.” She also reveals that the father of the baby abandoned Andi when he found out she was pregnant. Though rumors pointed to Albie Casiño as the father, Andi later clarified that it is actually Jake Ejercito. All these rumors and controversies are exactly what Andi chose to leave behind when she announced that she’d be quitting showbiz (not acting). Now, she’s living her best life with her daughter Ellie and boyfriend, and she’s even planning on building a sustainable home in Baler.

It wasn’t exactly a secret that one of the '90s biggest leading men, Diether Ocampo a.k.a. Diet has a son. It was brought up when the actor was in a relationship with Kristine Hermosa, whom he married in 2004. (Kristine filed for annulment a year later.) But he didn’t exactly introduce his son Dream to the public, either. He only did so at Dream’s 7th birthday in 2011. Diether explains that he doesn’t talk about his son a lot so as to respect the privacy of the non-showbiz mother, who comes from a conservative family. Nevertheless, he maintains that he lives up to his obligations as a father to his son who is based in the U.S., saying, “Bago ang lahat, sinigurado ko muna na okay ang anak ko at mabubuhay siya nang maayos at makakatapos siya ng pag-aaral niya hanggang college."

The whole country was surprised when allegations came up in 2014 that not only did Derek Ramsay have a wife, but a son, too. His estranged wife, Mary Christine Jolly, filed a case against the actor alleging that he violated the Anti-Violence Against Women and Their Children Act. After filing his counter-affidavit, Derek soon admitted that he was indeed married in 2002 and has a son named Austin Gabriel Ramsay. It wasn’t until August 2011 that he confirmed that he truly was the father but they decided it would be in Austin’s best interest to not talk about it yet as the boy wouldn’t understand the media’s curiosity about him. But it’s all water under the bridge as the father and son now get to spend time together even though Jolly and Austin are still based in Dubai.

In 2001, one of the hot topics was Aubrey Miles’ alleged child with ex-boyfriend JP Obligacion. Aubrey neither confirmed nor denied it in public until an interview with Boy Abunda eight years later. She explains that she didn’t talk about her son, John Maurie Sandel Obligacion, so she could preserve her sexy image. Producers told the then 20-year-old Aubrey that she was going to ruin her career if she admitted her pregnancy. But she maintains that she doesn’t blame anyone. Her long-time partner Troy Montero, with whom she also has a son, knew about the Maurie from the beginning. In a recent interview, Maurie shares that Troy also feels like his own father and the whole family goes on vacation together.

When actress Denise Laurel first found out that she was pregnant, her first thought was of her strict and conservative family. “I was just thinking how they would react although I never ever thought, not even once, that this was a mistake,” she reveals in an interview on The Buzz. But her family stayed by her side. She had a role on ABS-CBN’s teleserye Kristine, but her character abruptly disappeared, prompting pregnancy rumors, which her manager denied. She then stayed away from the spotlight and returned to the small screen almost a year later. Denise is still mum about the baby’s father, though she says he’s an Italian-American who’s not an actor. Their adorable son Alejandro is now four years old and actually reviews toys on YouTube. How cute, right?!

It took a little over a year for Sarah Lahbati and Richard Gutierrez to introduce young Zion to the world, but if they had their way, it would’ve been earlier. While she gave birth in her hometown in Switzerland, Sarah was involved in an ongoing legal battle in the Philippines, so they decided it would be best not to bring him home yet as to avoid a media circus. Though Richard’s mom, Anabelle Rama, reveals Richard was more than ready to talk about it. She recalls that he told her, “Bahala na; itago natin pagdating sa airport.” But still, they decided against it and found the perfect opportunity to talk about it on their reality show, It Takes Guts to Be a Gutierrez. Now, the engaged couple are again happily expecting their second child together and we bet Zion can’t wait for his new playmate!