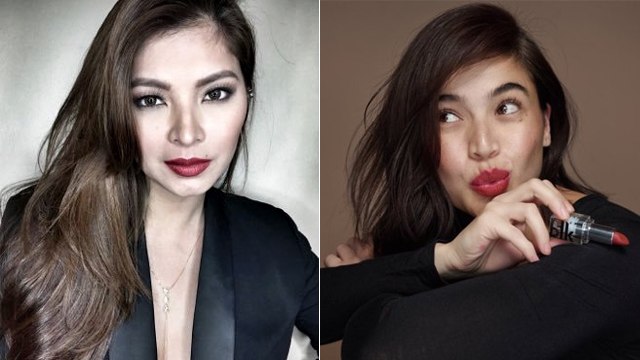 Do You Remember What These Celebrities' First Tweets Were About?

(SPOT.ph) It's honestly hard to think of a time before we were all scrolling through Twitter. Where did people rant about random things? How did people talk about and post photos of funny things that happened to them? And of course, how did we know what our favorite celebs were up to? It's amazing to think that we feel a little bit closer to these superstars through 140—now 280—characters. And to celebrate Twitter's 12th birthday today, March 21, we round up the first-ever tweets of the most-followed Pinoy celebs.

madlang pipol! party! party! hope you are all watching the pambansang noontime show...showtime!

Vice Ganda's first tweet invited his fans a.k.a. the "madlang pipol" to catch his noontime show, It's Showtime.

is wondering why all her friends have suddenly joined Twitter. Curiosity killed the cat... and here I am in Twitter World.

Vice Ganda's co-host on It's Showtime also boasts a large number of followers. Her first tweet says that she followed her friends to the social media site.

The actress thanked her friend, Dennis Ilagan, for convincing her to sign up. Since then, she's been using the platform to update her fans about her shows and movies.

The Teen Queen often uses her Twitter account to keep her hordes of fans updated about her latest projects while also thanking them for their support. It's no surprise then that her first tweet was a message of appreciation to her cousin John Mav Bernardo.

Twitter wasn't just a way for Yeng to talk with her fans—it was also a way for her to connect with her longtime-friend-turned-husband, Yan Asuncion.

congratulates ashton for winning over cnn in the big twitter battle! but i's sign up for cnn. :p

The social-media savvy mom-of-one uses Twitter to share inspirational quotes and motivational stories with her followers. In her first tweet, she congratulates Ashton Kutcher on his achievement of getting to 1 million followers first before CNN.

Of course, the Teen King also has millions of followers even if he joined in on the Twitter fun a little bit later than the rest. Just like Kathryn, it's his way of keeping his fans updated on his endorsements and projects.

The funny host and actor's first tweet claims that he was forced to join Twitter because of his friend, Isabelle Daza. Along his tweets about his shows—not to mention LOL-worthy live tweets about events like beauty pageants—he also retweets posts about environmental advocacies.

Rounding up the most followed It's Showtime hosts is Vhong Navarro, who also greeted the show's fans in his first tweet. He first joined Twitter in 2009 but only posted in 2012.

is wobbled by the full moon and figuring out how this works!!

While she's been keeping a low profile lately, KC Concepcion uses Twitter to not just talk about her endorsements, but her advocacies as well, especially since she's an ambassador for the United Nations World Food Programme.