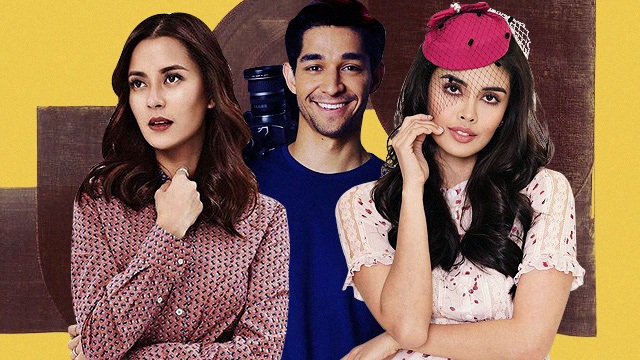 They shine even behind their own cameras! 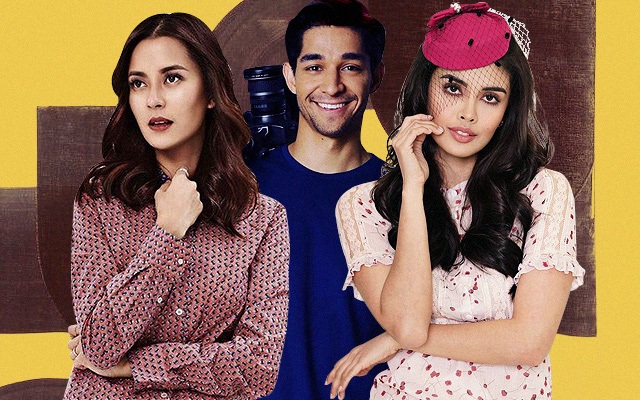 (SPOT.ph) Whether they’re reeling us in with riveting performances on the big screen or giving us feels live on stage, there’s no denying that local celebrities have all these awesome sides to them that we have yet to discover. And some of them have gone the extra mile by giving us a glimpse of their everyday (and not-so-everyday) lives—with personal vlogs!

Take a look at these 10 local celebrities who are getting up close and personal with their slice-of-life YouTube vlogs.

If you're into vlogs all about good food, great spots, and everyday snippets of life, you might want to head over to Mikael Daez's YouTube channel. In his videos, you'll find glimpses of his travels with family and friends (and also long-time girlfriend Megan Young). There's also no shortage of what-to-eat videos on Mikael's account, so if you're in the mood to try something new—both in and out of Metro Manila—then check out the dishes and restaurants this celeb recommends.

Not only is Bianca Gonzalez-Intal killing it with her hosting gigs (not to mention while being a supermom to her new family), but she also has her own YouTube vlog! All of her videos so far are part of her Paano Ba ‘To series, where she partners up with popular stars—from Angelica Panganiban to Piolo Pascual to Pia Wurtzbach—and asks them for what advice they'll give to fans who have sent in letters asking, "Paano ba 'to?"

Elisse Joson—a familiar face you might see on primetime TV shows like FPJ’s Ang Probinsyano and The Good Son—is still pretty new in the YouTube vlogging world. But her videos and channel are already getting thousands of hits. Step into her shoes for her day-in-the-life vids, makeup and skincare recommendations, and even the occasional travel vlog. You might even catch some cool updates on what she’s up to!

You already know Alex Gonzaga to be entertaining on and off-screen, so it's not surprising that she doesn’t disappoint with the hilarious vlogs she puts up on her YouTube channel. Her vids are a combination of travel videos, skincare and makeup tutorials, and popular video challenges. You can also catch the rest of the Gonzaga family (especially adorable little Seve, son of sister Toni Gonzaga) in most of her videos. Her non-showbiz boyfriend Mikee Morada also makes an appearance in some clips, with whom Alex shares funny moments from time to time.

Kristel Fulgar has been in the industry for years, appearing in shows like Goin’ Bulilit in her early years and, more recently, in hit shows like Maalaala Mo Kaya and La Luna Sangre. But when she’s not making appearances on television, she’s taking to YouTube to post song covers and even the occasional travel and makeup vlog.

Everyone knows how much of a health nut Erwan Heussaff is, and that’s what you can expect to find in his YouTube channel! From travel montage videos (because, hey, it’s good to get away from the daily grind) to healthy food recipes and all the way to workout videos to make you want to get as fit as he is, you’ll find a new video on his channel every week, so there’s always something fresh to look forward to. Plus, he's even working on a new studio where he can shoot a wide variety of videos! Expect more fun content from the Fat Kid Inside in the time to come.

You might have first seen Wil Dasovich when he charmed his way into our hearts on Pinoy Big Brother some years back, and he’s since been running his own YouTube channel. Most of his videos are travel-related, documenting his not-so-everyday adventures in different cities and countries all around the world. But his channel also has a generous sprinkling of videos that give a peek into what he’s been up to when he’s at home, mostly featuring his family and friends. It's even more inspiring to see him share his journey on the way to being cancer-free (along with his girlfriend Alodia Gosiengfiao)!

Ever since she appeared on Pinoy Big Brother a few years back, Maris Racal has scored roles in shows like Maalaala Mo Kaya, Ipaglaban Mo, Oh My G! and movies like Just The Way You Are and Vince & Kath & James. But when she’s not working in front of the cameras, she’s working her magic in front of her own camera, posting hair and makeup tutorials, everyday vlogs, and the occasional song cover. She’s been pretty quiet on her YouTube channel lately, but that might just be because she and Iñigo Pascual are coming out with a new movie this year.

She’s got vocal chords like nobody else, but when she’s not belting out her original songs in a concert or a studio, Yeng Constantino shows us just what she’s up to behind the scenes through her YouTube vlogs. A lot of her vids are makeup tutorials and reviews, but she also has some exclusive behind-the-scenes footage of her music video shoots, acoustic covers of her favorite songs, and even the occasional travel vlog.

When he’s not charming us with his big-screen appearances, Xian Lim runs his own YouTube vlog, where he posts all kinds of videos for his fans to get a glimpse into his daily life. He mostly posts about his adventures around—and outside!—the country and his covers of popular songs, but there’s no shortage of hilarious random videos he’s shot with fellow stars or his own family or even just of himself. He hasn’t uploaded a lot this 2018 (working on some hush-hush project, perhaps?), but he recently posted a travel vlog with girlfriend Kim Chiu.