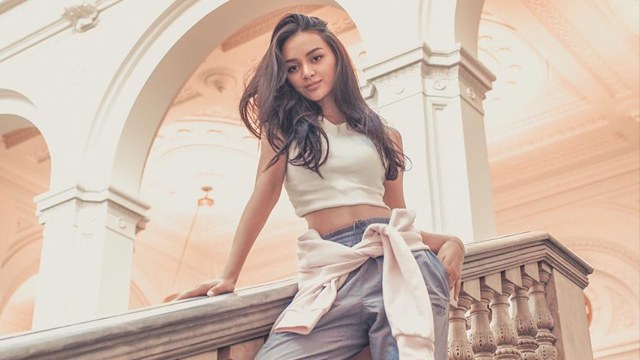 Kylie Verzosa Reveals She Was Discouraged From Talking About Mental Health

But that didn't stop her.

(SPOT.ph) Miss International 2016 Kylie Verzosa doesn't hold back when it comes to her opinions. (You might recall her throwing shade at Noli de Castro after he asked her if she had a boyfriend after winning the pageant—she handled it like a true queen.) You can expect the same tenacity when it comes to her advocacy, which is mental health. She also stressed the importance of talking about mental health when it became a hot topic after a controversial episode of Eat Bulaga.

Verzosa has been very vocal about raising awareness for mental-health disorders as she participates in and promotes talks about depression. In 2017, she launched a Facebook support group called Mental Health Matters, which posts inspirational quotes and serves as a safe space for people to share their own stories. She's also an avid supporter of the Mental Health Bill and even celebrated with the law's author, Risa Hontiveros, when it was signed into law in June.

It's no secret that she's had her own battle with depression even before she joined beauty pageants, which is why she's made it her advocacy. But she opens up about it once again in an Instagram photo she posted on July 28.

In her post, Verzosa starts off by saying, "I’m going to tell you a known secret. Four years ago, I was diagnosed as clinically depressed. No one knew but my family, and I suffered and survived in silence." She reveals that she was discouraged from talking about it and was told to "focus on more visible and popular advocacies." This made her want to talk about it even more as she acknowledges that it's not just about her, but it's also for everyone else "who’s suffered from depression, mood disorders, anxiety, bipolar disorder or any form of mental illness." She continues, "You are not alone."

She also talks about the importance of being honest with one's own feelings. "I once thought I was crazy, or maybe I still am. Who knows, we all need a bit of insanity to succeed. But it’s okay. Being honest about how you feel doesn’t make us weak, it makes us human." She ends her inspiring post by giving advice to others who might be going through the same thing. "Get help. Speak to someone. Let’s speak up more about mental health, before it’s too late." Her reign may be already over, but Verzosa continuing to talk about her chosen advocacy shows why she was crowned in the first place.