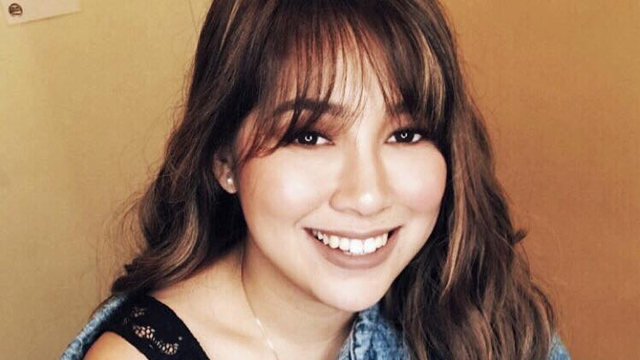 Or Ilocano Millennial Night, depending on who you believe.

(SPOT.ph) If you've watched the hugot-filled Camp Sawi or the blockbuster hit that was Love You to the Stars and Back, then you've probably heard one of Moira Dela Torre's songs. The singer recently came under fire when she performed for an event called "Marcos Fest" in Ilocos Norte on September 15. Some users on the Internet called out the singer for performing for the Marcoses. Dela Torre defended herself, saying that she didn't know the event was called Marcos Fest as she was told that the event was called "Ilocano Millennial Night."

No i didn't.???? From the earlier reminders til before we got there, they addressed it as the Ilocano Millenial Night. Not once was his name brought up. So let me be clear about this: i performed for the people of Ilocos and NOT for Marcos. pic.twitter.com/0ks5XJXZF5

In a tweet, she says, "From the earlier reminders til before we got there, they addressed it as the Ilocano Millenial (sic) Night. Not once was his name brought up. So let me be clear about this: I performed for the people of Ilocos and NOT for Marcos."

It's been two years. I've seen more things, i've learned more. I deleted it because that came from a time when I didn't know any better.???? This Marcos Fest was supposed to be called I-Millenial Fest. I AM NOT A MARCOS APOLOGETIC. Never will i be.

Another user brought up a screenshot of Dela Torre's since-deleted tweet about President Duterte. "While I do believe President Duterte can still improve his speeches, I also believe that God did not make him our leader by accident," she says. Dela Torre again explains her side, saying she didn't know any better at the time. She also declares that she isn't a supporter of Marcos. "This Marcos Fest was supposed to be called I-Millenial (sic) Fest. I AM NOT A MARCOS APOLOGETIC (sic). Never will I be."

It was the producer who failed to give us all the information. I think he purposely left that out to keep us from not accepting the event.... which makes me even angrier.

Dela Torre claims that the producer of the event didn't inform her team that the event was organized for Marcos.

But the organizer of the event, Aian Raquel, refuted Dela Torre's claims on a Facebook post. "Nobody tricked you, Moira Dela Torre. You knew that the event was called 'Marcos Fest,' at the very least posters were up even before you flew to Laoag. Don't make it seem like we lied to get you to perform. Ask your agent and your manager about it and please, don't blame the 'producers.'"

The Internet seemed to be divided about the issue. Some sided with Dela Torre and believed her explanation of what happened—or at least, gave her the benefit of the doubt.

Ang kitid ng approach na to. While I’m not pro-Marcos, I will give Moira the benefit of the doubt kung bakit hindi niya macall-out if niloko nga siya into performing for the Marcoses

Hindi sila basta-bastang pamilya na binabangga mo. Especially if you’re not a nobody, like her https://t.co/dAWrKmJe6p

actually instead of attacking or “cancelling” Moira for not knowing any better regarding the event, can we put all the blame on the organizers instead who did not disclose the festival would be for Marcos, the dictator.

And sa totoo, she has managers handling her bookings. https://t.co/n7WR4diiYi

Tbh, di ko gets ‘yung pagcall out ng “liar,” “closet apologist” kay Moira, bringing out receipts after she spelled M-A-R-C-O-S out az a cannot be now?

Guys, our politics develop in a process ok, we’re allowed to have had problematic opinions before we arrived at where we are now

Others dug up what is supposedly proof that the singer knew it was called "Marcos Fest" as she liked Facebook posts about the event. Marcos supporters attacked her for declaring that she herself isn't a supporter. Meanwhile, those who are anti-Marcos called her out for hugging and performing with Governor Imee Marcos beside her.

You knew it was for Ferdinand Marcos days before the actual event. pic.twitter.com/0QUT3eYc68

From what I understand Moira isn't telling the truth when she said hindi niya alam na Marcos event yung Sept. 11 concert kasi she was liking pubmats for the event Sept. 7 palang. She could've easily backed-out instead of issuing statements after the backlash, but that's just me.

Moira: It's been two years. I've seen more things, i've learned more. I deleted it because that came from a time when I didn't know any better.???? This Marcos Fest was supposed to be called I-Millenial Fest. I AM NOT A MARCOS APOLOGETIC. Never will I be.

Moira dela Torre is a different kind of mess. She managed to make both anti-Marcos and pro-Marcos people mad at her lmao

Tbh I don't get the sudden outrage towards Moira dela Torre now. She's been riding on the fame of her song that's incredibly problematic and regressive to the LGBT struggle. Not to mention she did a jingle for SM who's notorious for contractualization.

other possible real names of things that may be tricking you & me:

Some wanted to bring up what the real issue is amid all the miscommunication and confusion.

Dela Torre has yet to issue an official statement regarding the matter.

Marcos Fest Moira Dela Torre
Your Guide to Thriving in This Strange New World
Staying
In? What to watch, what to eat, and where to shop from home
OR
Heading
Out? What you need to know to stay safe when heading out