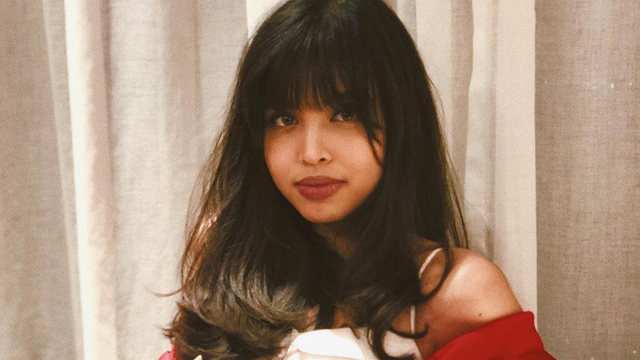 You Might Just See Maine Mendoza in an Indie Film Soon

She's expressed her interest in acting in one.

(SPOT.ph) TV star Maine Mendoza isn't new to trying out new things. She has her personal Humans of Barangay campaign, she's venturing into the music scene, and she even has her own lipstick collaboration with MAC. Not to mention, she still does her Eat Bulaga hosting and recently also appeared in an ad with her love-team partner, Alden Richards. Needless to say, the girl can do whatever she sets her eyes on. This time, she might be making her way into indie films.

In an interview with Pep, actor Jerald Napoles (whom you might know from The Write Moment, Walang Forever, Camp Sawi, and Rak of Aegis) reveals a conversation he recently had with Mendoza. They were discussing his new movie, Nakalimutan Ko Nang Kalimutan Ka, which he stars in with Alex Gonzaga and Vin Abrenica.

While Mendoza isn't officially working on an indie film (yet), you can still expect to see her on the big screen soon. She's set to star alongside Coco Martin in the Metro Manila Film Festival entry, Jak Em Popoy: The Puliscredibles.

Jerald Napoles Maine Mendoza
Your Guide to Thriving in This Strange New World
Staying
In? What to watch, what to eat, and where to shop from home
OR
Heading
Out? What you need to know to stay safe when heading out