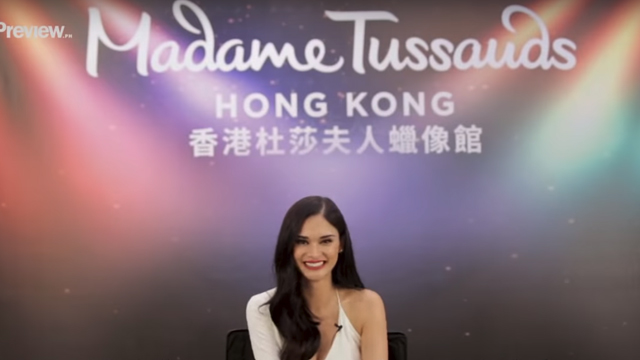 Fated are the few who get immortalized as wax figures in Madame Tussauds. Only the most influential and famous around the world are given the extraordinary opportunity, from British royals to international music sensations. However, ever since it opened in 1835, a Filipino has yet to grace its hallowed halls—but that's all about to change.

Ms. Universe 2015 Pia Wurtzbach makes history once again as the first ever Filipino wax figure to be exhibited in the famed museum. Wurtzbach's figure, which is still in the process of creation, will be displayed in Madame Tussauds Hong Kong starting next year. "We did a survey and we started the customer feedback and finally Pia stood out from the survey and she's so popular and people like her, and also she can represent the Philippines," Madame Tussauds Hong Kong (MTHK) general manager, Jenny You tells Preview. "She's really an international talent for the Philippines."

The MTHK team took up to 200 detailed measurements of Wurtzbach and photos of her from every angle to capture the perfect reference. "It's really exciting, I'm really happy about it. It's like a dream come true for me." She voiced out. "It's really nice to have a wax figure at Madame Tussauds, but more than that, it's really a great honor to be chosen as the first Filipino [wax figure]. It gives me more motivation to keep on doing better and just keep representing the Philippines as best as I can even after Ms. Universe."

As for the look of the actual wax figure, Wurtzbach and Madame Tussauds are keeping things hush-hush until the big reveal in 2019. We don't know about you guys, but we definitely can't help but speculate on her gown. "We haven't decided yet if we wanna do the blue Albert Andrada gown when I won in Vegas, or the blue Michael Cinco gown when I was passing on the crown, but definitely it's gonna be blue," Wurtzbach teases Preview. Guess we'll just have to wait for more details!

Check out Preview's exclusive interview with Wurtzbach at her measurement sitting along with the team of MTHK below!

What do you want her dress and her pose to be?