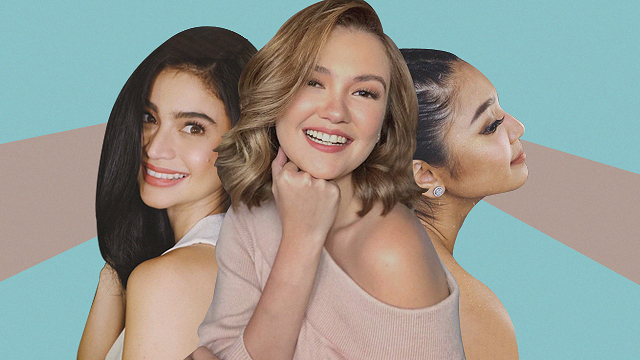 Including newcomers and our fave couples!

(SPOT.ph) Since it started in 2006, the Star Magic Ball has become an event that people look forward to every year. Celebrities from your favorite teleseryes and movies come out in the grandest gowns and snazziest suits. Not to mention the fact that you also get to hear about the inevitable drama from having some of the biggest names in showbusiness together in the same place. This year, they’re stepping it up by having the first-ever ABS-CBN Ball on September 29, which means the event is no longer just for talents from Star Magic’s roster. So not only can we expect the buzz-worthy celebs, but we also get to see fresh faces on the red carpet. We list down the ones we’re most excited to see.

There’ll be no shortage of love-team power couples at the event, especially since JaDine—James Reid and Nadine Lustre—will be attending for the first time. It’ll be interesting to see what the on- and off-screen partners will bring to the table. Plus, fans will finally be treated to seeing all of their favorite love teams (including KathNiel, LizQuen, and JoshLia) together.

Another newcomer to the event is Yassi Pressman. While her Ang Probinsyano co-star Coco Martin has also confirmed his attendance, he has stated that he will be attending without a date. (Could it be so that he won’t have to deal with possible altercations like he did in 2011?) Still, fans are hoping that Alyanna and Cardo (their characters on the long-running teleserye) will be making a glam appearance together.

It’ll be Sarah Geronimo’s first time to attend the ball, but what’s even more exciting is that she’ll most likely be attending arm-in-arm with her boyfriend, Matteo Guidicelli. The couple is usually very low-key both on social media and at public events, so it’ll be a treat to see them together as a couple—and at the biggest celebrity event, no less.

Anne Curtis is having quite the year. She’s already starred in the dark romance Sid & Aya (Not a Love Story) alongside Dingdong Dantes, in Erik Matti’s critically acclaimed BuyBust, and her very own concert. She’s also the lead in the Metro Manila Film Festival entry Aurora, which is a supernatural thriller. But she’ll probably also be the star of the ball when she arrives, especially since she last attended the Star Magic Ball in 2010 (though she was invited in 2017).

Even after how many years in the business—22 to be exact—Piolo Pascual is still one of the biggest actors in the country. You can expect heads to turn when he arrives to the event. While he has neither confirmed nor denied bringing Shaina Magdayao as his date, fans are probably still keeping their fingers crossed (especially since they shared that steamy dance together at the Star Magic Ball in 2016.

If you’re the type to daydream and imagine what it would be like to attend the star-studded event along with your idols, then you’ll probably relate with Maymay Entrata. It was her first time attending the ball in 2017 with her on-screen partner Edward Barber. But while her fans were fangirling over her gorgeous gown, she was fangirling over fellow attendees, Liza Soberano and Enrique Gil. It’ll be fun to see her interact with her favorites again.

Exes Angelica Panganiban and Carlo Aquino have been the talk of the town lately—what with their kilig-worthy reunion movie Exes Baggage finally in cinemas. Panganiban has previously attended the ball with her former flames and then-boyfriends John Lloyd Cruz and Derek Ramsay. While she and Aquino are only friends (for now, at least), we’re sure fans will still be swooning over the couple and their will-they-won’t-they antics.