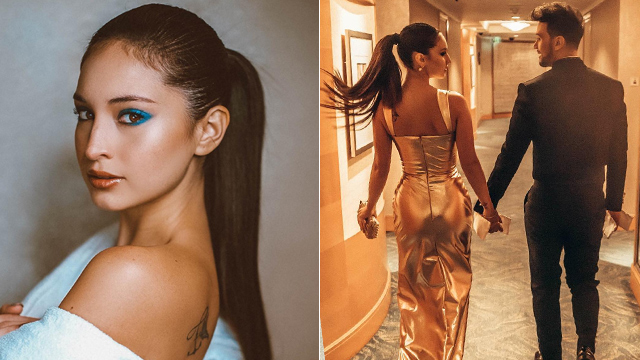 Coleen Garcia Almost Didn't Make It to the ABS-CBN Ball

She went through a lot.

(SPOT.ph) All the stars present at the first-ever ABS-CBN Ball (previously the Star Magic Ball) were dressed to the nines—with their head-turning gowns and suits that the Internet had some fun with. Among the celebrities who attended the event was Coleen Garcia. And while she looked glowing in her long, golden dress, her journey to the ball was quite the opposite. In an Instagram post on October 1, she revealed what actually happened before the highly anticipated event.

Garcia reveals that while flying from Paris to Bangkok, she only had one meal on the plane—and she got food poisoning from it. (Anyone who's had food poisoning would know how bad it is, so you can just imagine having to deal with that on a plane.) She says she didn't sleep at all because she kept vomiting during the flight. "Once I landed in Bangkok, I didn’t have much time but I was struggling to not pass out while walking in the airport!" It didn't help that it was her first time experiencing this and she was all by herself.

But her ordeal didn't stop on the plane.  "My vision was a blur, my body felt like it was melting and my head was spinning so bad, so I went straight to the nearest restroom and collapsed in the cubicle before continuing to throw up what was left of my guts." She also did the same thing at the airport lounge until her name was called for her flight—that she ends up missing by one minute. "It made me cry in the airport out of frustration—and those who know me know that I don’t usually cry!"

Garcia was eventually able to rebook her flight at no expense. But her expected time of arrival got moved from 11 a.m. to 7 p.m., meaning she would miss her 6 p.m. call time. At this point, she hadn't yet tried on her dress for the ball. And as if that wasn't enough, she found out when she got to Manila that one of her bags got left behind.

Still, Garcia was able to recover at the Bangkok airport lounge before her flight to Manila. As for the gown, fellow actress Lovi Poe went to Garcia's fitting for her. Garcia says, "I can’t believe we have the same waist line because hello—just look at her! But then again, food poisoning..." Kylie Verzosa and singer Mica Javier also offered Garcia their room before ABS-CBN COO Cory Vidanes "stepped in to save the day." Garcia also thanked her husband Billy Crawford, Adrianne Concepcion, Portia Dimla of Star Magic, and Chavit Singson.

Garcia explains why she felt like she needed to talk about her experience, saying, "The reason why I’m sharing this is bec I’m blessed to know wonderful people who gladly came through when I needed it most." She adds, "Whatever it is, I’m just happy that I made it to the ball in one piece & enjoyed the rest of the night with good company. I cannot tell you enough how happy I was to be there!"

Abs-cbn Ball Coleen Garcia
Your Guide to Thriving in This Strange New World
Staying
In? What to watch, what to eat, and where to shop from home
OR
Heading
Out? What you need to know to stay safe when heading out