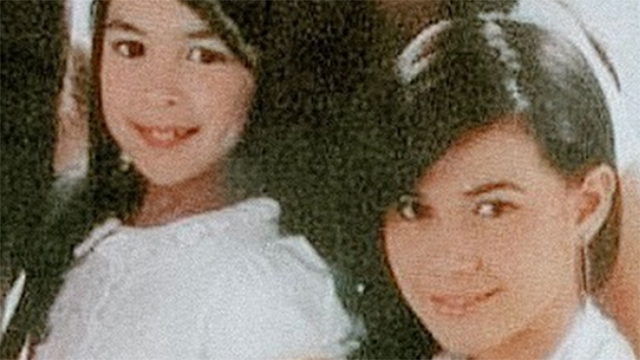 The Bea-Gerald-Julia Mess: "Is He Really Worth It?"

Even a Supreme Court Justice had to chime in.

(SPOT.ph) A lot's happened since Bea Alonzo on July 20 liked Instagram posts that seemed to imply that her then-boyfriend, Gerald Anderson, was cheating on her with his Between Maybes leading lady Julia Barretto. They were spotted leaving Rayver Cruz's birthday party together. Aside from liking posts, she also made her own, detailing how she has had "ENOUGH."

For a time, Julia also disabled comments on her Instagram account. Bea made no other posts but had to make her first public appearance post-cheating accusation at the press conference of her as-yet-untitled upcoming film. A journalist asked her about the current situation of her relationship with Anderson, adding, "Sabi ni Gerald, matagal na kayong hiwalay," in reference to a phone conversation Gerald had with Julia's father, Dennis Padilla. This was Alonzo's only response: "Honestly, to my understanding, we did not break up. He just started not talking to me."

In case you wanted to hear it straight from Alonzo.

Julia then posted an Instagram story (now deleted) about her ex-boyfriend Joshua Garcia comforting her through the accusations and controversy.

So what does Gerald have to say about this? In an exchange with ABS-CBN entertainment reporter Ganiel Krishnan, he gave an answer. "Siguro ang nangyari, just like in any relationship, we had small… Let’s say we had that fight, after fight, after fight… We had that one big fight."

"And after that, you got to stay strong and disciplined para umiwas muna sa communication," he concludes.

People couldn't believe Gerald ghosted his girlfriend of three years without a proper break-up, but it seems that's what happened.

For the Barrettos, the fight became a family affair. Claudine Barretto reached out to Bea via Instagram comments to tell her "you are loved." Claudine also made her own Instagram post and sister Gretchen Barretto commented, siding with her.

Keeping up? Okay, there's more to it.

On August 6, Julia uploaded this Instagram post at 6 p.m. on the dot, finally unloading everything she had to say about the whole Bea-Gerald-Julia debacle.

In this post, Julia clarified that her and ex-boyfriend Joshua had broken up months ago. She called out Bea, referring to her as a bully. She also made it clear that she refuses to be Bea's victim any longer, and that her relationship problems with Gerald should have been a private matter to begin with. Despite this though, there was no mention of whether or not Julia and Gerald were in fact in a relationship.

Wake up, he probably isn't.

Everyone needs to hear it.

A crossover should happen soon.

It's 2019, women should be helping each other out.

And Gerald gets to run free?

File under: Why men think they can get away with treating women horribly.