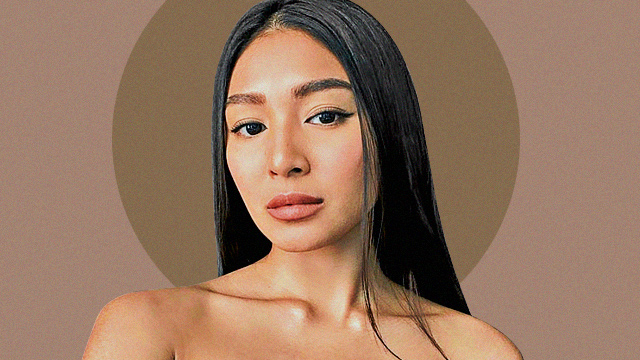 Nadine Lustre has something to say to Jobert Sucaldito.

(SPOT.ph) The unofficial President of the Philippines, actress Nadine Lustre, went all out on her IG stories after former DZMM radio host Jobert Sucaldito spoke in a recorded statement during a congressional hearing on the ABS-CBN franchise renewal issue. You might remember Sucaldito for the suicide comment he made against Lustre in the midst of breakup rumors with longtime reel-and-real boyfriend James Reid in January 2020—well, it looks like she had plenty of thoughts on what Sucaldito had to say to the legislative body.

"It's messed up how you are completely unashamed of what u (sic) said. It's never okay to push someone to commit suicide," said Lustre in her stories, referring to Sucaldito. "I'm sick and tired of these boomers treating mental issues like it's a mf (sic) joke," she added with a figurative mic drop.

In a video presented to Congress on June 29, Sucaldito bemoaned the alleged unfair treatment he received in the hands of ABS-CBN. He recounted his side of the issue, then saying that he was not given proper warning before being put on indefinite suspension.

Sucaldito and His Dismissal from ABS-CBN

Sucaldito came under fire in early January after he made a suicide joke while taking a dig at Lustre for saying that outlets were spreading fake news about her breaking up with Reid. In a rant on his radio program, "Showbuzz," he fired at a risqué IG pic of the actress standing on a high-rise balcony, saying "Kuno kuno may mga labas ang pwet, naka T-back pa doon sa building tapos may nakalagay na mga caption na parang gustong tumalon. Sana tumalon na lang, kung ganun lang din naman pala," live on air.

The statement resulted in #SuicideIsNotAJokeJobert trending on Twitter, with folks decrying the suicide joke online. Sucaldito later apologized on air but was put on indefinite suspension by ABS-CBN management; later in March, he filed an illegal dismissal complaint against ABS-CBN.

"I’ve been working with ABS-[CBN] for 20 years, and 17 years of which, I was with DZMM. Tapos ganyan-ganyan lang sisipain mo ako because of the fans na nagrereklamo? Hindi nila naisip kami that work for you? 'Asan mga puso niyo?" he was quoted as saying in a CNN Philippines report.