Angel Locsin Speaks Up on Red-Tagging Issue; Posts Fiery Red IG
Loading
Already a member? Log in
No account yet? Create Account
Spot.ph is your one-stop urban lifestyle guide to the best of Manila. 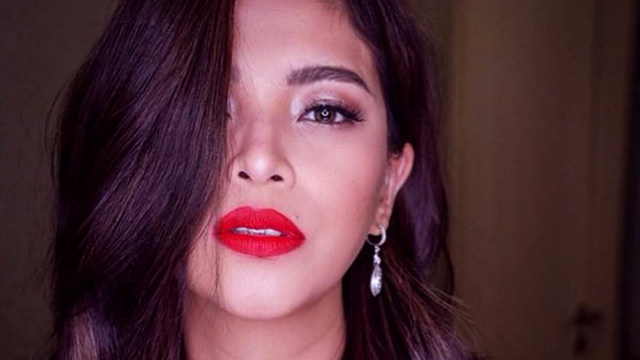 The real-life Darna has some choice words on the recent controversy.

(SPOT.ph) Donning the bright-red hues of Darna once again, Angel Locsin has just dropped one heck of a fiery post on Instagram. "To set the record straight, hindi po ako parte ng [National People's Army] or any terrorist group," she wrote in a post today, October 23, adding the cheeky hashtag combination of #NoToRedTagging and #YesToRedLipstick. And we have to say, red has always looked good on this real-life heroine, as evidenced by the the flawless image she chose to accompany her statement.

The post comes after she, her sister, and their relative, former Bayan Muna representative and human rights lawyer Neri Colmenares, were mentioned in the recent controversial statement of Lieutenant General Antonio Parlade Jr. warning actress Liza Soberano against affiliating with the Gabriela party-list. "Neither my sister nor my kuya Neri is a part of the NPA or any terrorist group," wrote Locsin.

Locsin asked everyone to support all those being "red-tagged" including Soberano, former Miss Universe Catriona Gray—who was also mentioned in Parlade's statement—"and all the others just because they are expressing their beliefs peacefully."

"By being vocal about my opinions and advocacies, I have always been attacked," pointed out the actress. "Those I could ignore but this is a different level altogether. And so I have to speak up once again because this baseless and reckless red-tagging jeopardizes not only my safety, but also the safety of my sister and our family."

"The statement made is utterly false and places ordinary citizens like us, those who they swore to protect, in danger," wrote Locsin.

The high-ranking Army official publicly warned Soberano on October 19 after she participated in a seminar arranged by Gabriela Youth on women's rights. He ironically began by saying "Let us not red-tag Liza Soberano," then continuing "She has to be protected in the exercise of her rights. Is she an NPA? No, of course not. Not yet." The statement has since gotten extreme flak online, with Locsin first pointing out in a recent IG story that this was essentially "A man calling out a woman on how she should advocate women's rights."