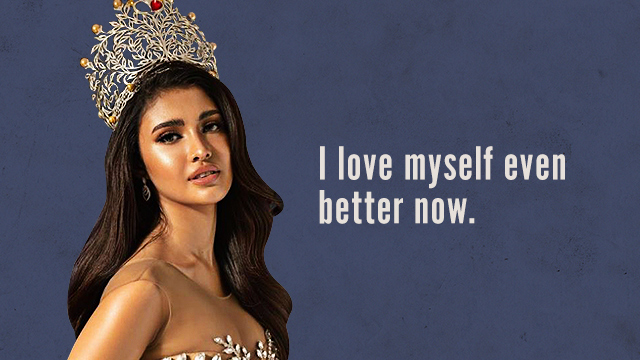 She talked to Boy Abunda about the emotional and mental toll of the competition.

(SPOT.ph) Miss Universe Philippines 2020 Rabiya Mateo has finally let us in at length to her side of the story! The 24-year-old spoke to showbiz pillar Boy Abunda on May 30, Philippine time, about what being part of the huge Miss Universe competition—as backed by a pageant-crazy country—was like. Mateo—who is in the U.S. as of press time—and Abunda spoke for a good 45 minutes and all we can say is that the Queen truly is, as the legendary host said, a true "positivist."

"I love myself even better now," Mateo said, about how she was doing post-Miss U. She spoke of the huge weight she carried "from the moment I won Miss Universe Philippines up until, you know, the Miss Universe Competition," saying, "binugbog ako emotionally, mentally." She called the experience a "test of character and a test of faith."

There's no denying Mateo's Miss Universe stint has been followed by controversy. From the moment Mateo won Miss Universe Philippines in October 2020 to coronation night in May 2021, a lot has been said about her. She called herself "so naive in this industry" adding that the October pageant was her "first time to join a national competition."

Add in the fact that she has been working practically non-stop, especially in the months leading up to the coronation night. ""I was being pulled around," she confessed. "But it was part of my responsibility; I was chosen to do this."

Despite the hardships, Mateo believed she had done her best, and giving it her all was what was most important. "Because of that, kahit di ko na marinig sa ibang tao pero ako mismo 'yong magsasabi sa sarili ko, 'You did a great job.'"

Mateo added that though "hindi ko naiuwi 'yong korona, I feel loved by the Filipino people."

What Happened During Miss Universe?

Mateo also revealed that her biggest goal for Miss Universe was to reach the top five. But it wasn't her "destiny" that night, though Mateo did claim a coveted spot in the Top 21 finalists! It still took her a while to accept the judges' decision. Backstage, her thoughts went along the lines of "That was it?"

Mateo and her team apparently prepared for a different format for the Miss Universe's main events. It was only around five days before that they were told things would be different. "They wanted to have a different flavor to the competion."

Through it all, Mateo said that "I was so afraid to fail, I need to please the Filipinos." But Mateo confirmed that she now understands that it wasn't meant to be. "Lahat nag-e-effort, I cannot discredit them," Mateo said of the other candidates and their teams. "Hindi ako 'yong hinanahanap nila [the judges] for that night."

What's Next for Rabiya Mateo?

For now, Mateo will be staying in the U.S. till around July working for the Miss Universe Organization. "This is my first time outside of the country. I really want to make memories, meet people, and also I'm planning to look for my dad," Mateo said. Her father, an Indian, left for the U.S. when she was just a kid. Mateo reiterated that she harbors no hate for what her father did—crediting her mother for never saying anything bad about him—and only wants the chance to meet him.

There's also a chance she could be joining showbiz, as Mateo shared she might "sign up for a network" real soon. And as for the world of pageantry? "Give it two years," she said, cheekily laughing at how fast some folks online have told her to jump right back into it.

Her long-term plan now is to get wealthy—a practical one, for sure. "I need to save for my security in the future," she said. "If galing ka sa walang-wala, you will understand the value of what you have right now."

Adventurer Savvy Seasoned Rabiya Mateo Miss Universe Staying In Boy Abunda Interview
Your Guide to Thriving in This Strange New World
Staying
In? What to watch, what to eat, and where to shop from home
OR
Heading
Out? What you need to know to stay safe when heading out