Miss Universe PH Beatrice Luigi Gomez on Her Win; LGBT Advocacy
Loading
Already a member? Log in
No account yet? Create Account
Spot.ph is your one-stop urban lifestyle guide to the best of Manila. 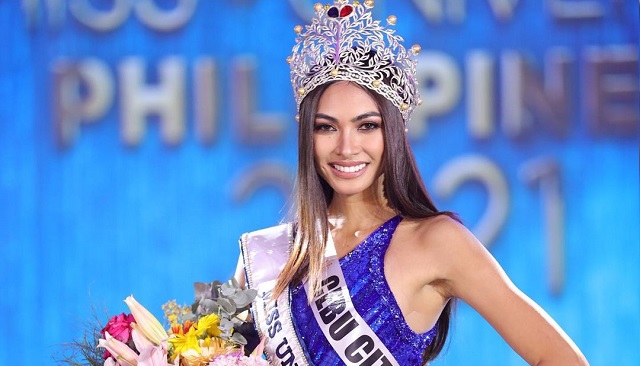 The newly crowned queen explains why she hasn't been highlighting her LGBT advocacy.

(SPOT.ph) Our new Miss Universe Philippines Beatrice Luigi Gomez is the first openly gay winner of the national pageant—but while she isn't about to hide who she is, she doesn't want that fact to be the sole focus either. The queen bagged the crown on Thursday night on September 30. Since then, her name has been very buzzy—especially after a post from the Binibining Pilipinas Facebook page drew flak online for supposedly throwing shade at Gomez's sexuality. It's clear though that the current Miss Universe Philippines isn't going to be bothered should anyone be petty enough to pit her sexuality against her.

"To be the first ever crowned  LGBTQIA+ member, for me, it's not a big deal," said Gomez in an interview with MJ Marfori on October 1. According to her, "It's something na we should normalize, 'yong idea na we exist," she said. Gomez has been going steady with girlfriend Kate Jagdon, a DJ in Cebu City, for six years now.

Gomez acknowledged that she has not "been highlighting my LGBTQI+ advocacy," as part of her belief that a queer person winning a beauty pageant should be seen as completely normal. According to her, the reaction should simply be for people to "appreciate it and learn from it."

Gomez proudly mentioned her girlfriend during the preliminaries, stating that she and Jagdon lead very active lifestyles. "When I want to spice up my workouts, I do a few rounds of boxing, and I do most of these things with my girlfriend Kate," she said. When Gomez won Binibining Cebu in 2020, her answer was loud and clear. Gomez was asked "What makes you beautiful?" to which she answered "My bravery and being true to myself. To tell you guys honestly, I have a girlfriend, I have tattoos."

Her first big win wasn't without obstacles, of course. "I’ve been criticized a lot for winning the Binibining Cebu crown," she wrote on Facebook in June 2020 after people came for her because of her sexuality. "I just didn’t feel like I owe anyone my identity," she wrote, adding that her family and friend's acceptance was enough to help her decide "to always be true to myself."

Shining through the hateful messages though, "What mattered to me the most were messages of others, even strangers, who opened up themselves to me [saying] how I inspired them."