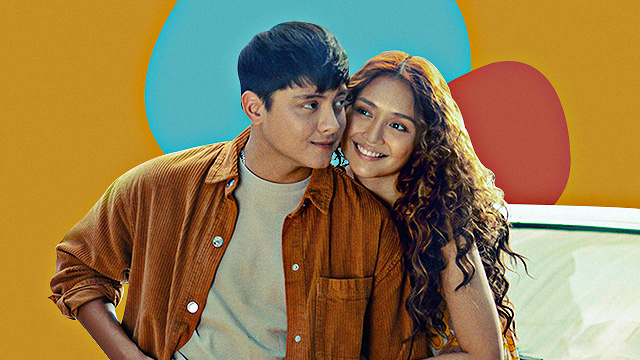 The two were deeply involved in the making of 2 Good 2 Be True.

(SPOT.ph) It has been nearly an entire decade since we last saw Kathryn Bernardo and Daniel Padilla in a rom-com series—think 2013's Got to Believe—so yes, if you've been feeling a little deprived, we get you. But it looks like it's finally time to mark your calendars! KathNiel is returning to give us some much-needed feel-good vibes via 2 Good 2 Be True, a series directed by Mae Cruz-Alviar. Best part? It streams on Netflix on May 13 before heading to a TV set near you 72 hours later.

Also read:  Kathryn Bernardo's Cool New Studio Is as Cozy as It Can Get

So first things first: the plot. Specific storylines have been kept under wraps but what we do know is that Eloy (Padilla), an artist, and Ali (Bernardo), who works in healthcare, are two people disillusioned by love. Oh, and they somehow keep running into each other as they go about their lives—a hotel theft (and strange allergies) involved, based on the teasers.

What gives this particular series an edge is how involved Bernardo and Padilla were in the process. The two went through several pitches before choosing this series--and for good reason. "Gusto namin magpasaya ng tao, magpatawa"  Bernardo explains in a roundtable with SPOT.ph, so they knew their next project would have to be extra special. This landed them in the same team as director Cruz-Alviar, someone they've been working with for years (i.e. Crazy Beautiful You, Can't Help Falling In Love), thus giving them the chance to have more say in the series' storyline.

As Cruz-Alviar shares, she's known the two since they were teenagers. "They remain unfazed by [the] proportions of their popularity and prestige as a loveteam. They’re the same Kath and DJ from before, the only difference is that they have a wealth of experience. Iba na sila tumingin sa kwento, iba na sila tumingin sa characters, iba na ang sensibilities nila now. They have matured and grown wiser with more experience as actors."

With all the years they've spent in the industry, there's no doubt Bernardo and Padilla have developed skills beyond acting--and it looks like with 2G2BT, we're getting more than just the chance to see them in a rom-com series again, but also what else they can bring to the table! As Cruz-Alviar notes, this series may be feel-good, but don't forget to prep a few tissues, too.